Our Lady of America gave young people a reason to live. She asked them to be pure and wants them to study and live the spirituality of the Divine Indwelling. She also said that the youth of America would bring conversion to the world as “Torchbearers of the Queen”.

One of those Torchbearers is a home schooled high school young lady who works part-time at our apostolic center. 16-year-old Lily Yandow attended this year’s March for life as part of the Diocese of Vermont’s Life Is Precious Pilgrimage. She wrote about it for you. Please take a vicarious armchair pilgrimage with her on the bus, in the March, at an assisted living home, at the Basilica of the National Shrine of the Immaculate Conception and at the memorial shrines and read what she wrote,

After 12 hours overnight on a bus, we arrived in DC at around 7:30 Friday morning. We started off at the youth rally at Mason University. There, Mass was said and there were multiple speakers, including Sr. Bethany Madonna of the Sisters of Life. After this, everyone was provided with a free lunch by Chick-fil-A. Next, we marched. 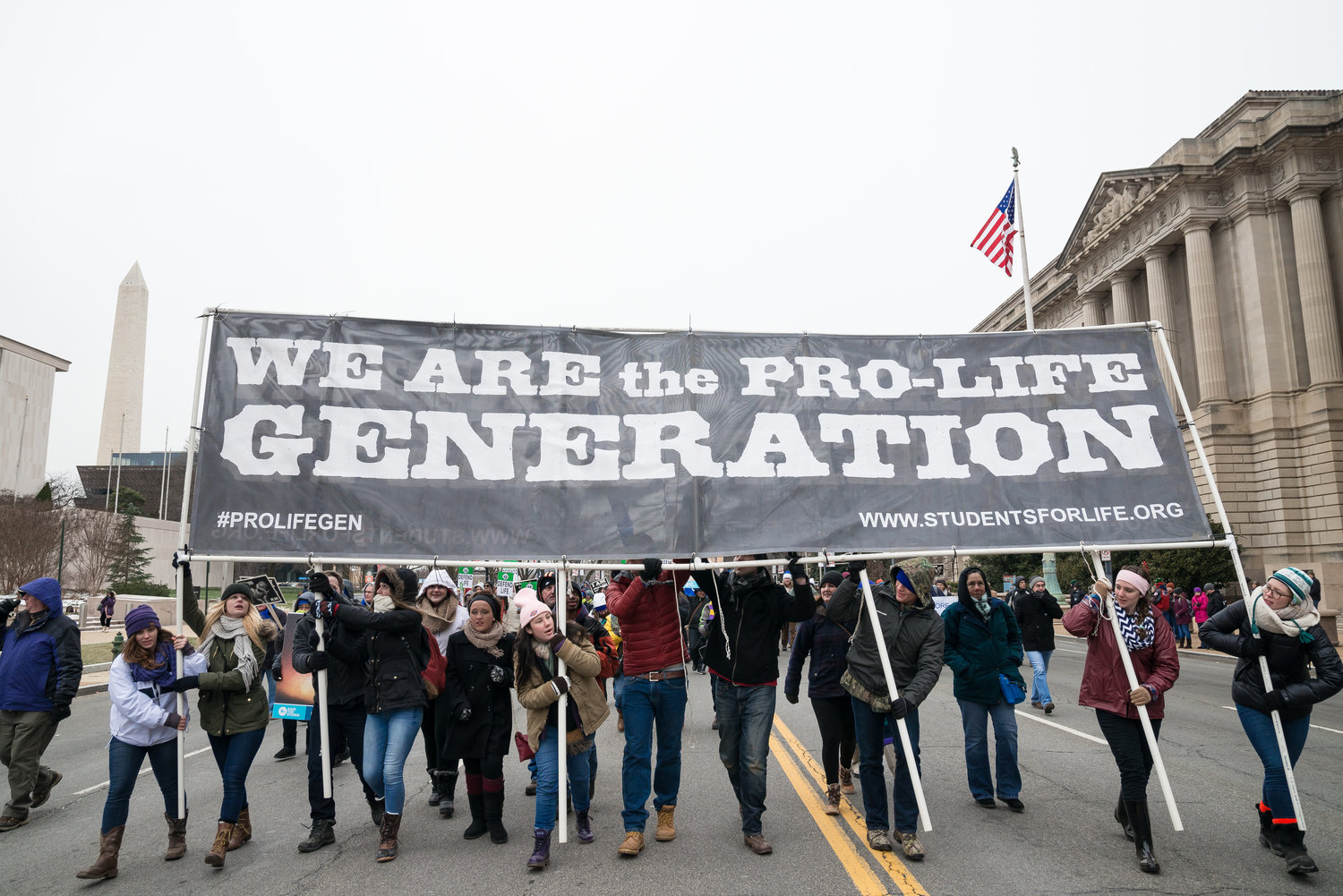 We marched for those who couldn’t defend themselves. We marched because women deserve better. We marched to end abortion. We marched for life. It was an incredible atmosphere, hundreds of thousands of people united in one noble, heroic, and vital goal to express the truth: Life Is Precious. 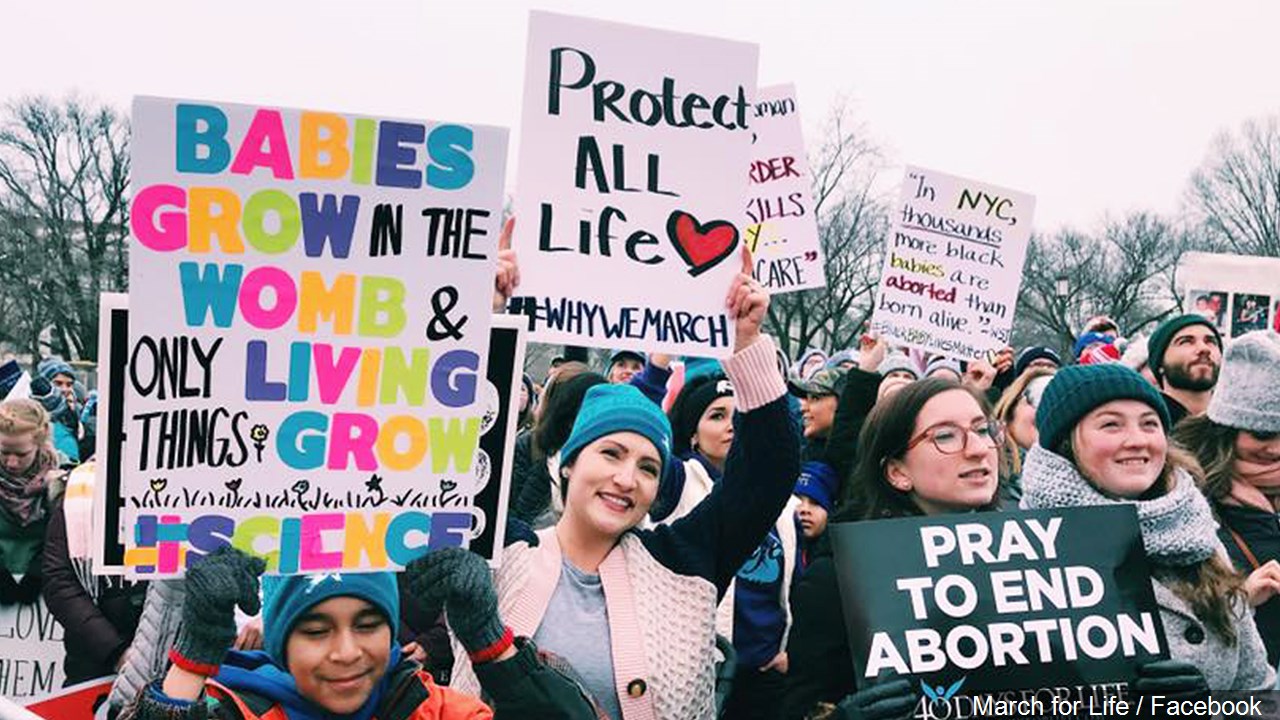 There were so many creative and meaningful signs held by those who marched. We marched to the Supreme Court, where women were giving their testimonies, holding posters that read, “I regret my abortion”. This is where the Vermont group regrouped. We all knew where to go, because our group leader had a tiger stuffed animal tied to a poll hoisted in the air, which was quite funny but also functional; it was much easier to keep track of the group.

After this, we met up with the bus and went to the local high school where we would be sleeping. This trip was to proclaim the value of all life, not just the unborn, so the next morning we visited an assisted living home. We visited with the elderly, who all seemed to enjoy our company. I spent most of my time there playing cards with a fantastic old man who could not speak, but sure knew how to smile, and, instead of shaking hands, he fist-bumped!

We departed from the assisted living and headed to the city. Our first stop was the Holocaust Memorial. The Holocaust was a horrible thing, and there was so much at the Memorial about ‘not letting it happen again.’ This struck many of us on the trip, because it is happening again, and so many people don’t even care. Millions of unborn children thoughtlessly murdered, and the number continues to rise. The Holocaust was terrible event, but in a way it gives me hope. The Holocaust ended, and so can abortion.

Our next stop was at the Basilica of the National Shrine of the Immaculate Conception. I had been there once before, but this time we had a guided tour. It was very interesting, and the meaning behind all of the art was explained to us. The Basilica is a beautiful and incredible place.

At the Shrine, Fr. Jon Schnobrich celebrated Mass for us. Before Mass, we were able to pray in front of the heart of St. John Vianney, which is currently on pilgrimage throughout America. This was a wonderful surprise for us because none of us knew about it beforehand.

Next, we went to the Saint John Paul II National Shrine. It was interesting to go to this place and the Holocaust Memorial, because St. John Paul II was a light in the darkness during the Holocaust. Both St. John Paul II and St. Mother Teresa were on my mind a lot throughout the trip, and it dawned on me that, although they did great things, they were nothing more than ordinary people who loved in an extraordinary way. How much better would the world be if we could just learn to love.

We finished off the day with visits to the Lincoln Memorial, the Washington Monument, and the Vietnam Veterans Memorial. A friend that I had made on the trip had some family friends and relatives that died in Vietnam. We searched for their names on the Wall and found them!

We picked up pizza from Costco for the second night in a row and headed back to the high school. We had originally planned to leave the next day, Sunday morning, but were delayed by a snow storm. As result, we had a whole extra day in D.C. So, we went to the Franciscan Monastery of the Holy Land in America. I absolutely loved the outside area at the Monastery: stone walkways, gardens, and grottos. We left early the next morning, around 6:30, and we arrived in Burlington that evening. 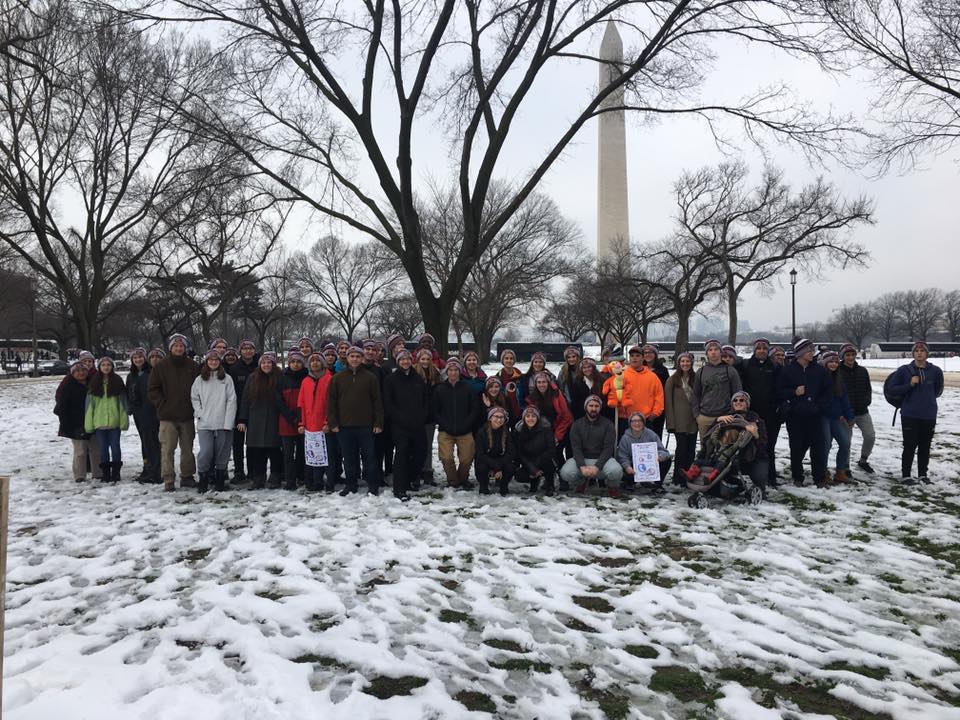 Overall it was a meaningful pilgrimage that I am thankful I was able to experience.

Our Lady of America revealed to the visionary, Sister Mildred, that she is particularly interested in the youth of our nation. It is they who are to be the leaders of the movement of renewal on the face of the earth. Their ranks will be swelled by the youths of other nations whom Our Lady also calls to help in the accomplishment of this great renewal.

The youth must be prepared, and this must be done by instilling into them, not only the knowledge of the Divine Indwelling, but a serious study of it, living it in such a way that the Divine Presence becomes, as it were an intimate and necessary part of their life and daily living. From this will flow a great love, a conflagration that will envelop the world in the flames of Divine Charity. This is what Our Lady is working for, because this is the great desire of her Divine Son, and it is to the youth of America that she is holding out this challenge.

It was made known to me that those, particularly the youth, who are willing wholeheartedly to follow Our Lady in her great battle against evil would bear the special title of “Torchbearers of the Queen”. This torch, of course, is Divine Love, for it is Love alone that will conquer hate and all that hate brings with it. (Diary 16-17).