Last week I attended and addressed the 18th Annual Catholic Leadership Conference, held October 4-6 in Denver Colorado. Both Donald Trump and Hillary Clinton were invited to attend and address us.

Donald Trump said that he had a scheduling conflict, but that he would send us a letter. Two days before the conference, Hillary Clinton said that she would not attend. 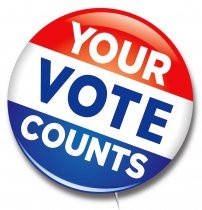 Mr. Trump wrote in his letter:

“I have a message for Catholics: I will be there for you. I will stand with you. I will fight for you. I am, and will remain, pro-life. I will defend your religious liberties and the right to fully and freely practice your religion, as individuals, business owners and academic institutions.”

He wrote that Catholics are “a rich part of our nation’s history” and that “the United States was, and is, strengthened through Catholic men, women, priests and religious Sisters.”

“Hillary Clinton supports forcing The Little Sisters of the Poor who have taken care of the elderly poor since 1839, to pay for contraceptives in their health care plan (even though they have never wanted them, never used them and never will), and having the government fine them heavily if they continue to refuse to abide by this onerous mandate,” Trump wrote. 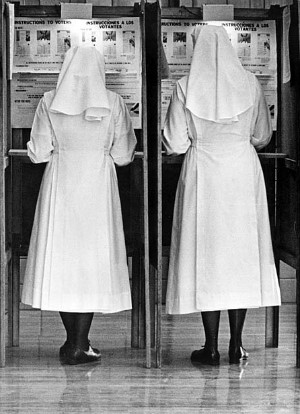 He added that Clinton “has been hostile to the core issues and policies of greatest concern to Catholics: life, religious liberty, Supreme Court nominations, affordable and quality healthcare, educational choice and home schooling.”

“On issues and policies of greatest concern to Catholics, the differences between myself and Hillary Clinton are stark. I will stand with Catholics and fight for you,” he wrote.  “Hillary Clinton has been openly hostile to these core Catholic issues for a long time, and is only going to be worse with Tim Kaine now following her lead.”

“We are at a crossroads in our country,” he wrote. “Much like 1980. But the stakes are higher now—the highest they have ever been. We have two candidates representing entirely different agendas for our country that will take it in two completely different directions for generations to come. And our direction offers a much brighter future for our beloved country.”

“Thank you for giving me the time to share my thoughts with you on some of the critical issues facing us today.”

“Please keep me and my family in your prayers.”

“God bless you and may God bless the United States of America.”

You may read Donald Trump’s full letter to the Catholic Leadership Conference here.

As Catholics, before we vote, we are called to inform ourselves about the issues and to form our consciences correctly in accordance with the natural moral law and the teachings of the Catholic Church.

The Catholic bishops of the United States offer a guide,  Forming Consciences for Faithful Citizenship (en Español). This is their teaching document on the political responsibility of Catholics. They urge pastors, lay and religious faithful, and all people of good will to use this statement to help form their consciences; to teach those entrusted to their care; to contribute to civil and respectful public dialogue; and to shape political choices in the coming election in light of Catholic teaching. The statement lifts up our dual heritage as both faithful Catholics and American citizens with rights and duties as participants in the civil order.

Let us read the guide, inform ourselves, correctly form our consciences and vote accordingly.