Easter Sunday’s glorious joy was soon subdued by the news of mass killings by terrorists in churches and luxury hotels in Sri Lanka. As suspected, we soon learned that the terrorists were militant jihadist Muslims. 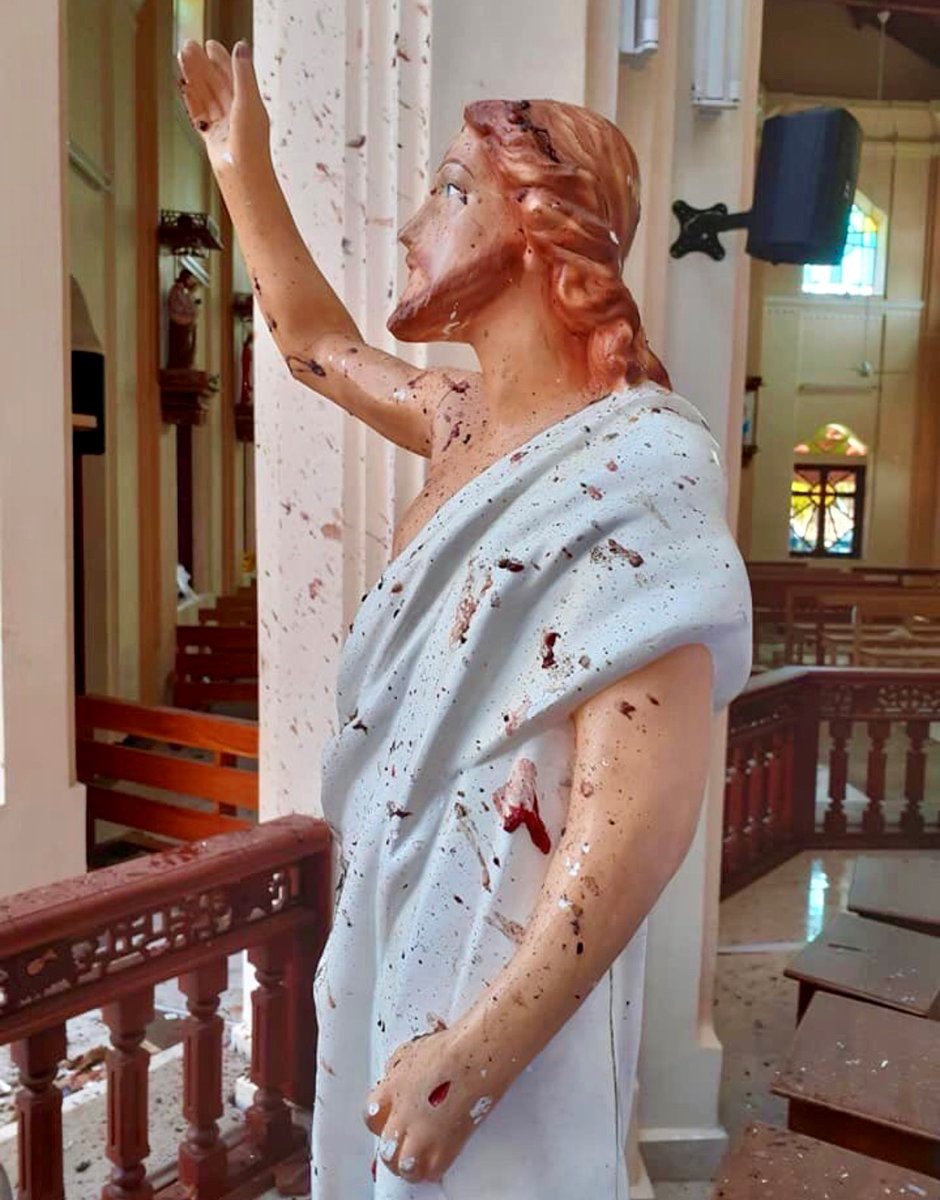 A blood-stained statue of the risen Jesus splattered by worshipers’ blood after a bombing
at St. Sebastian Church in Negombo, Sri Lanka

On September 20, in response to these attacks, Jesus King of All Nations said, “You can see how the false religion [Islam] which has persecuted the truth of Christianity for centuries is once more taking a strong foothold even where before it was unable. The error of Islam spreads anew and oppresses the peoples of the earth.”

Islam is a “false religion”, as Jesus said, because it denies the foundational truths of God’s revelation to humanity found only in the one true holy and apostolic Catholic Church. Islam denies the truth of the Blessed Trinity, Father, Son and Holy Spirit, one God in three divine persons. (Quran Chapter 5 (Surat All Maeda) Verse 73).

It also denies that Jesus Christ is the incarnate Son of God, true God and true man, who was born in the flesh, suffered and died to save humans from their sins and rose from the dead to open the gates of heaven for his believers. (Quran Chapter 5 (Surat Al Maeda) Verse 17).

Moreover, Allah is not the one true God who revealed himself to Moses. Islam teaches that Allah is the only god, but he is a god of power and will, and not of reason and love. Muslims are taught that all human beings must submit to him and his will and that they are called to convert or submit all non-Muslims to him and to kill non-believers. (Quran Chapter 47 (Surat Muhammad) Verse 4).

Nevertheless, God loves Muslims, most of whom are peaceful, and they are within his will for the salvation of all people. God’s remedy to prevent the terrorist attacks of militant jihadist Muslims is the practice of the Jesus King All Nations Devotion.

Jesus told us, “I have told you of the remedy. That of the public practice of my devotion and veneration of my image. Let as much as can still be done to bring this about be done. Let those who are able enthrone my image in their homes, parishes and dioceses.”

Click here to learn how to enthrone his image.