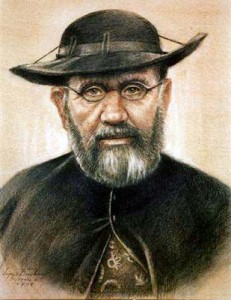 “Today the Church needs saints. This calls for our combating our attachment to comforts that lead us to choose a comfortable and insignificant mediocrity. Each one of us has the possibility to be a saint, and the way to holiness is prayer. Holiness is, for each of us, a simple duty.”
St. Mother Teresa

May 10 is the feast of one of our saints of the states, St. Damien de Veuster. Let our nation turn its lonely eyes to him for courage and hope.

The first Europeans to reach the Hawaiian Islands arrived in 1778 with the discovery of English Captain James Cook. There were then about 250,000 inhabitants but this number was reduced to 60,000 within 100 years because of the diseases that the Europeans brought with them such as smallpox, syphilis, tuberculosis and leprosy.

Leprosy, now known as Hansen’s Disease, was the most terrifying of the diseases encountered by the Hawaiians. The biblical solution was segregation. When a leprosy epidemic broke out in Hawaii in the 1860’s, they employed the same solution. The government ordered that anyone with leprosy, regardless of age or gender, be exiled to the island of Molokai. 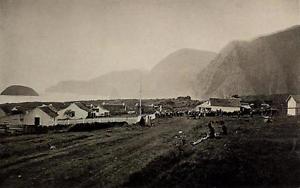 This peninsula was a natural prison since it was surrounded by the sea and high cliffs. No one could swim or climb away. The lepers had poor food and shelter and there was no law and order. It was survival of the fittest with thefts, fights, rapes, drunkenness, sexual immorality and orgies. The weak, especially women and children, were easily abused and exploited. The dead were thrown into shallow graves that pigs and dogs dug up to eat the corpses.Into this living graveyard came Father Damien De Veuster, a former Belgian farm boy who became a priest in the Congregation of the Sacred Hearts of Jesus and Mary. He came to serve a life sentence, since living with other islanders was forbidden once he went to live with the lepers.

Father wrote, “I am bent on devoting my life to the lepers. It is absolutely necessary for a priest to live here. The afflicted are coming here by the boatloads.” For the next 16 years, Father Damien taught the lepers to farm, to raise animals, to play musical instruments and to sing. He organized a choir and a band. He restored their sense of human dignity. He was a skilled carpenter and he taught the lepers to build everything from cottages to coffins. He reverenced the dead and fenced the cemetery to protect the graves from the animals. He organized the lepers into the Christian Burial Association to provide funerals and decent burials for the dead. He ministered to the sick bodies and administered the sacraments for their souls. He was not afraid to touch them, even though he finally caught the disease and died from it by doing so.

Father started life on Molokai with 600 lepers at the Kalawao leper settlement under the shelter of a pandanus tree. He had a big rock on its side for his dinner table. He wrote, “No house to shelter me. I lived a long time under the shelter of a tree.” Later he commented on the poor housing and shelter in general, “A heavy windstorm blew down most of the rotten abodes, and many a weakened leper lay in the wind and rain with his blanket and wet clothing.”

Some of the lepers boasted, “Here there is no law!” Indeed it was a lawless place where the conditions reduced the value of life and the dignity of human beings to brute survival and the pleasures of the flesh to dull the awareness of their misery, which finally ended when they died and were thrown in their rags into ravines or shallow graves where the animals ate what was left of their flesh.

Fr. Damien practiced the corporal works of mercy and helped them to build housing, to clothe themselves and to raise crops. He cleaned and bandaged their sores, bathed them, amputated their gangrenous limbs, and washed their clothes. He restrained the strong from brutalizing the weak. He put an end to the debauchery. He built orphanages and schools. 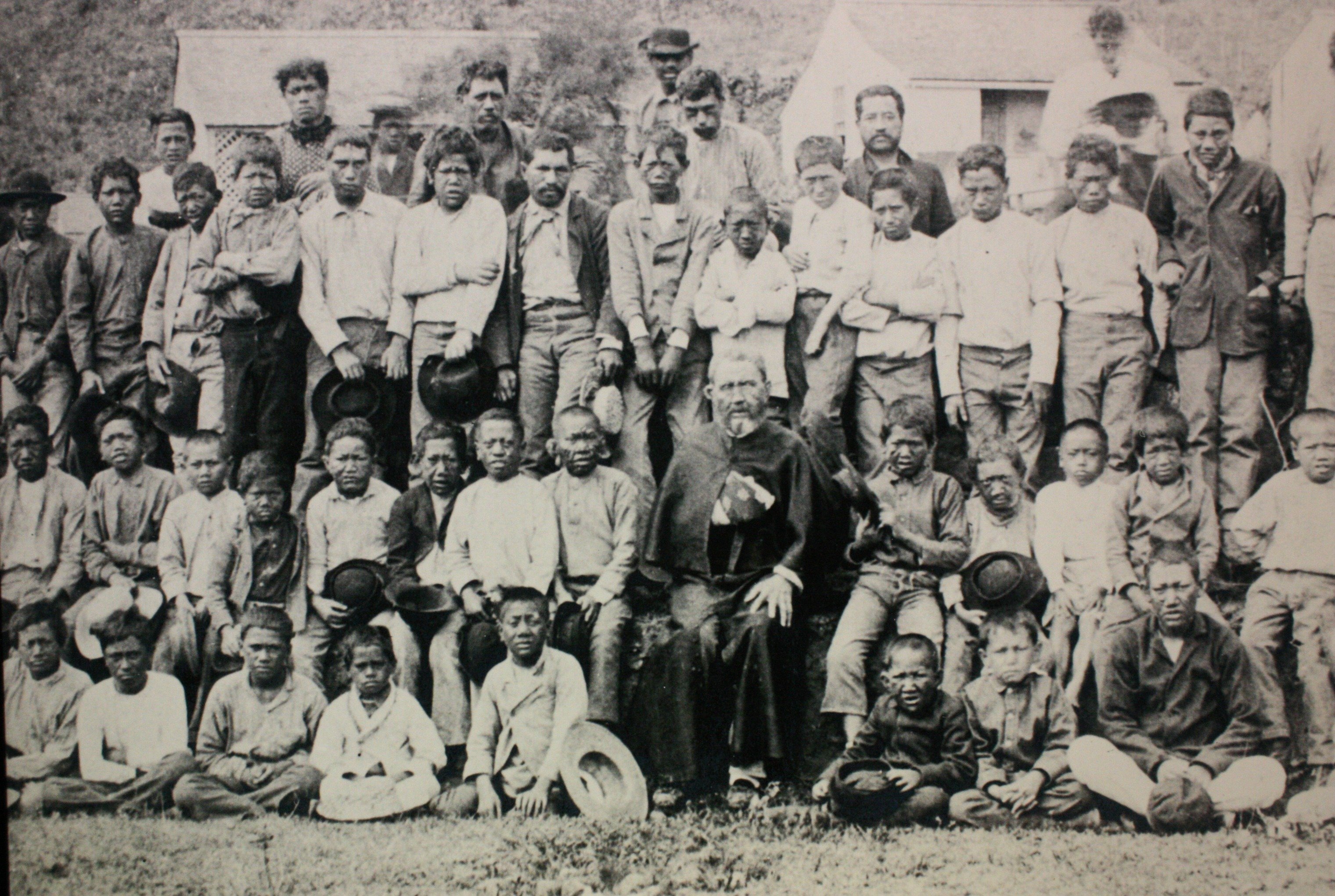 Father also practiced the spiritual works of mercy and built a chapel to celebrate the Eucharist and the funerals of the lepers. He founded pious associations for men, women, and children and instituted perpetual Eucharistic adoration. He built approximately 1000 coffins and buried the dead. Father Damien brought hope where there was despair. He became a source of consolation and encouragement for his people as the doctor of their bodies and souls. He gave a voice to the voiceless and built a community where a once lawless place became a place where the law of love prevailed and he was the witness of that law. His Father General later wrote, “It is impossible to list here all that his charity inspired him to do, under the kindly gaze of God, who has written all in the Book of Life.” 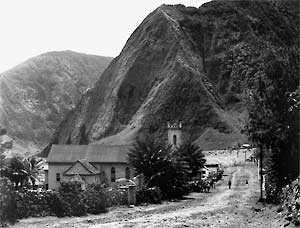 Father Damien suffered but understood that his sorrows were a participation in the mystery of Christ’s passion, particularly by bearing wrongs patiently. Since leprosy was often judged by the morally righteous as a punishment from God for licentious behavior and his detractors could not believe that anyone could be as selfless as Father Damien, they slandered him and claimed that he was immoral and willing to endure his segregation with the lepers in order to enjoy sexual pleasure with them.

Fr. Damien became a leper. He wrote his brother Pamphile, “I myself have been chosen by Divine Providence as a victim to this loathsome disease. I hope to be eternally thankful to God for this favor.”As his disease progressed, he wrote that he drew his strength from the Eucharist which he needed to live his life of charity with great courage until the end and to bear his terrible disease as Christ bore His Cross. He wrote, “It is at the foot of the altar that we find the strength we need in our isolation…I am always happy and content. Even if I am ill, I have no other desire than to accomplish God’s will.”

As the end approached, he prepared for death by prayer, and the sacraments of Penance and Extreme Unction. He said, “Do you see my hands? All of my wounds are closing, and the crust is turning black. It’s a sign of death, as you well know. Look at my eyes too; I have seen so many dying lepers that I cannot be mistaken. Death is not far off.”Father Damien died on April 15, 1889 at the age of 49. He died peacefully without any effort, as if he had fallen asleep. Father Moellers observed that all signs of leprosy had disappeared from his face and that the wounds in his hands were dried. The next day, he celebrated the funeral Mass and led the funeral procession to the cemetery. Father Damien’s coffin was carried by eight white lepers. He was buried, according to his wishes, under the same pandanus tree beneath which he slept on his first nights at Molokai.

On October 11, 2009, at St. Peter’s Basilica in Rome, Pope Benedict XVI canonized Blessed Damien and declared him a saint. During the Papal Homily at the Canonization Mass he preached, “His missionary activity, which gave so much joy, reaches its summit in charity. Not without fear and repugnance, he chose to go to the Island of Molokai to serve the lepers who were there, abandoned by all; thus he exposed himself to the disease they suffered from. He felt at home with them. The Servant of the Word thus became a suffering servant, a leper with lepers, during the last four years of his life.”To learn more about St. Damien and all of the American Saints and Blesseds, you may read my book, Saints of the States. You may order it by clicking here.

Fr. Andrew Apostoli CFR, Vice Postulator for the cause of the Sainthood of Archbishop Fulton J. Sheen, wrote the Foreword and said, This book is a wonderful contribution to appreciate the rich spiritual heritage we possess in the lives of so many heroic men and women of America. Dan Lynch traces the historical development, both secular and religious, through the centuries.” It’s the history of the faith in the United States and its saints in their historical context.