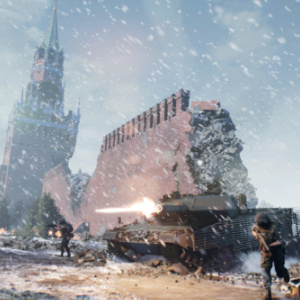 Why is the conversion of Russia necessary for world peace?

To prevent [war, famine, and persecutions of the Church and of the Holy Father] I shall come to ask for the consecration of Russia to my Immaculate Heart, and the communion of reparation on the First Saturdays. If my requests are heeded, Russia will be converted, and there will be peace. If not, she will spread her errors throughout the world, causing wars and persecutions of the Church. The good will be martyred, the Holy Father will have much to suffer, various nations will be annihilated. In the end, my Immaculate Heart will triumph. The Holy Father will consecrate Russia to me, and she will be converted, and a period of peace will be granted to the world.

On December 16, 1936, St. Faustina, the recipient of the Divine Mercy Devotion, received a message from Jesus regarding Russia. He told her, “I cannot suffer that country any longer. Do not tie my hands, my daughter.” St. Faustina understood that if it had not been for the prayers of souls that are pleasing to God, that whole nation [Russia] would have already been reduced to nothing. “Oh, how I suffer for that nation which has banished God from its borders!” (Diary of St. Faustina Kowalska, 818).

Why did Jesus say to St. Faustina in 1936, “Oh, how I suffer for that nation [Russia] which has banished God from its borders.”?

Russia spread Communism throughout the world, as the Blessed Virgin Mary had prophesied at Fatima, causing the deaths of millions of innocent people.

On November 18, 1920, Russia became the first country in the world to legalize abortion. Since then, there have been at least 100 million abortions in Russia. In 2001, only 1.31 million children were born in Russia, while 2.11 million abortions were performed.

On February 4, 1989, the New York Times reported that the total Russian victims up to that date totaled about 20 million people.

Since then, Russia has committed the international crime of aggression against Georgia, Belarus, Azerbaijan, Crimea, and now, the rest of Ukraine.

On April 3, Pope Francis entrusted Ukraine to Mary and urged the faithful to pray for people suffering from the Ukrainian War. He said, “May the Lord accompany you and Our Lady keep you. Let us now pray to her for peace, as we think of the humanitarian tragedy unfolding in war-torn Ukraine, still under the bombardment of this sacrilegious war. May we be tireless in praying and in offering assistance to those who suffer.”

Mr. Putin talks about nuclear weapons a lot. On May 4, in a meeting with politicians in St. Petersburg, he said that if anyone intervenes in Ukraine and “creates unacceptable threats for us that are strategic in nature,” the Russian response will be “lightning fast.” He said: “We have all the tools for this that no one else can boast of having. We won’t boast about it, we’ll use them, if needed.”

Let us turn to Our Lady, and, as she requested, let us pledge to pray the daily Rosary, as best we are able, for the intentions of the conversion of Russia, and for peace and freedom in Ukraine, Europe and the world.

Let us also pledge to make our best efforts to practice the First Saturday devotion that Our Lady also requested. Let us begin on July 2, the next First Saturday.

Please learn more, and watch and listen to me in this professional video interview on Mercy Unbound with Dr. Bryan Thatcher: Understanding and Winning Today’s Spiritual Battle. HERE.