On March 25, the feast of the Annunciation, Pope Francis will consecrate Russia and Ukraine to the Immaculate Heart of Mary in response to the request made by the Ukrainian Bishops. The consecration will take place during the Celebration of Penance in St Peter’s Basilica. On the same day, Cardinal Konrad Krajewski, the papal almoner, will carry out a similar consecration at the Shrine of Our Lady of Fatima in Portugal.

On March 2, Ash Wednesday, Ukraine’s Latin Rite Catholic bishops asked Pope Francis to consecrate Ukraine and Russia to the Immaculate Heart of Mary. In a letter to the Pope, the Ukrainian bishops said that they were writing “…in these hours of immeasurable pain and terrible ordeal for our people…in response to many requests for the consecration…we humbly ask Your Holiness to publicly perform the act of consecration to the Immaculate Heart of Mary of Ukraine and Russia, as requested by the Blessed Virgin in Fatima. May the Mother of God, Queen of Peace, accept our prayer: Regina pacis, ora pro nobis.” (Queen of peace, pray for us.) 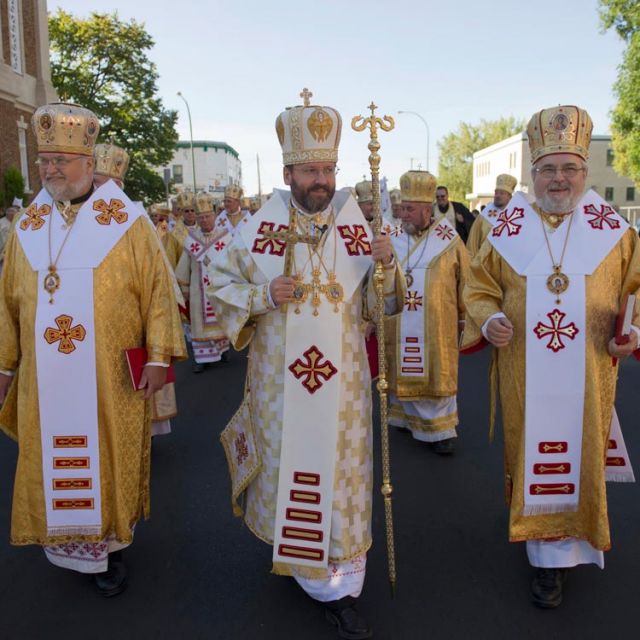 “Humanity today is unfortunately experiencing great division and sharp conflicts which cast dark shadows on its future…the danger of an increase in the number of countries possessing nuclear weapons causes well-founded apprehension in every responsible person.” (Pope Benedict XVI, December 11th, 2007; USA Today).On February 27, Russian President Vladimir Putin had ordered Russia’s “deterrence forces” – which wield nuclear weapons – put on “high alert.” This is unprecedented in the post-Cold War era. There has been no instance in which a U.S. or Russian leader has raised the alert level of their nuclear forces in the middle of a crisis in order to try to coerce the other side’s behavior. Russia and the United States control 90 percent of the world’s nuclear weapons. Ukraine has none.

Russia’s unjust attack on the nuclear power plant in Ukraine has revived the memory and fears of the 1986 Russian Chernobyl disaster, which killed at least 30 people and spewed radioactive fallout over much of the Northern Hemisphere. The accident and fire that followed released massive amounts of radioactive material, forcing the evacuation of nearby communities and contaminating 60,000 square miles of land in Belarus, Russia, and Ukraine.

God wishes to establish in the world devotion to my Immaculate Heart. If what I say to you is done, many souls will be saved and there will be peace. The [First World] war is going to end; if people do not cease offending God, a worse one will break out during the pontificate of Pius XI. When you see a night illumined by an unknown light, know that this is the great sign given you by God that He is about to punish the world for its crimes, by means of war, famine, and persecutions of the Church and of the Holy Father. To prevent this, I shall come to ask for the consecration of Russia to my Immaculate Heart, and the communion of reparation on the first Saturdays. If my requests are heeded, Russia will be converted, and there will be peace. If not, she will spread her errors throughout the world, causing wars and persecutions of the Church. The good will be martyred, the Holy Father will have much to suffer, various nations will be annihilated. In the end, my Immaculate Heart will triumph. The Holy Father will consecrate Russia to me, and she will be converted, and a period of peace will be granted to the world. 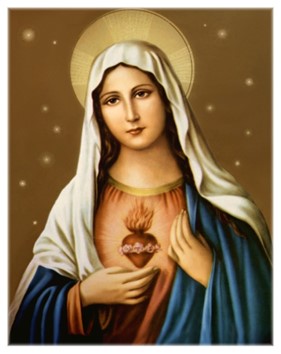 In June 1929, Sr. Lucia was a novice at the Sisters of St. Dorothy convent in Tuy, Spain. She reported that on the night of June 13, while she was praying in the chapel, she had an apparition of Mary. She appeared as Our Lady of Fatima, with her Immaculate Heart in her left hand. She told Sr. Lucia, “The moment has come in which God asks the Holy Father to make, in union with all the bishops of the world, the consecration of Russia to my Immaculate Heart, promising to save it by this means.” So numerous are the souls which the justice of God condemns for sins committed against me, that I come to ask for reparation. Sacrifice yourself for this intention and pray.”

On December 16, 1936, St. Faustina, the recipient of the Divine Mercy Devotion, received a message from Jesus regarding Russia. He told her, “I cannot suffer that country any longer. Do not tie my hands, my daughter.” St. Faustina understood that if it had not been for the prayers of souls that are pleasing to God, that whole nation [Russia] would have already been reduced to nothing. “Oh, how I suffer for that nation which has banished God from its borders!” (Diary of St. Faustina Kowalska, 818).

Later, in May 1952, Our Lady told Sr. Lucia, “Make it known to the Holy Father that I continue to wait for the consecration of Russia to my Immaculate Heart. Without this consecration, Russia will not convert and the world will not enjoy peace.”

Why did Jesus say to St. Faustina in 1936, “Oh, how I suffer for that nation [Russia] which has banished God from its borders.”?

In 1933, Russia confiscated and hoarded the Ukrainian grain harvest. It was a true genocide that resulted in the deaths by starvation of approximately 8 million Ukrainians.

In 1934, the Great Purge of Russia began and those suspected of being threats to the state were purged. It lasted until 1938 and resulted in the deaths of approximately 1 million human beings. There were also approximately 2 million who died or were killed in the gulags, the slave labor camps.

In the 1940s, under the atheistic Soviet communist dictatorship regime in Ukraine, the four-million-member Ukrainian Greek Catholic Church was outlawed. Its bishops were arrested and either exiled or died in prison. Almost 4,000 churches were closed and countless Catholic laypeople were imprisoned, exiled, or sent to the gulags.

The killings continued as Russia spread Communism throughout the world, as the Blessed Virgin Mary had prophesied at Fatima, causing the deaths of hundreds of thousands of innocent people. On February 4, 1989, the New York Times reported that the total Russian victims up to that date totaled about 20 million people.

Since then, Russia has committed the international crime of aggression against Georgia, Belarus, Azerbaijan, Crimea, and now, the rest of Ukraine.

On November 18, 1920, Russia became the first country in the world to legalize abortion. Since then, there have been at least 100 million abortions in Russia. In 2001, only 1.31 million children were born in Russia, while 2.11 million abortions were performed.

As Our Lady of Fatima requested, let us pray the daily Rosary for the intentions of the conversion of Russia, and for peace and freedom in Europe and the world.

Let us also practice the First Saturday devotion that Our Lady also requested at Fatima.