“Only holiness is subversive with respect to this infernal order in which we are immersed.”
~ Italian Catholic scholar and writer Alessandro Gnocchi 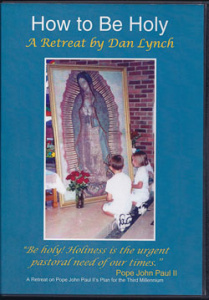 September 23 is the Feast of Saint Pio of Pietrelcina (Padre Pio).

In the midst of the clerical homosexual sexual abuse and sexual enabling corruption crisis, we should use Padre Pio’s secret weapon against it.

Padre Pio (1887–1968) was an Italian priest and the first stigmatist priest in the world. Unfortunately, he suffered under obedience to a homosexual bishop and under clerical homosexual corruption in his diocese that went as high up as the Vatican. His secret weapon against this was personal holiness.

Italian Catholic scholar and writer Alesdro Gnocchi was interviewed by Italian Catholic author Aldo Maria Valli. Mr. Valli was one of the journalists to whom Archbishop Carlo Maria Viganò confided before he published to the world his testimonial to the truth of ex-Cardinal Theodore McCarrick’s involvement in clerical homosexual corruption.

Below are some excerptsfrom Mr. Gnocchi’s interview with my editorial additions in brackets.

[During the time of Padre Pio’s early priesthood] Moral corruption, with the spread of homosexual practice and the domination of the homosexual lobby, reached even to the papal throne…

[We can say about today’s clerical homosexual corruption crisis that] Evidently the infection came from very far away and, as you could also perceive as you studied the revelations of Viganò, [Archbishop Carlo Maria Viganò] it spread very far. And it will spread very far. It is a matter of the corruption of ecclesial life, with the struggle for offices, careers, favors, compromises and, naturally, money.

In the end we perceive the corruption of the men who practiced this abomination using the name of Christ as a shield.

When we do not have holiness as our first goal, we end up corrupting everything that comes after, and I mean everything.

Corruption naturally hates purity: if it cannot be used for its own purposes, it eliminates it…

Look, in this Church, now, there is nothing left to split, there is only to rebuild. We need to build it brick by brick, and the bricks are our individual souls. …

Only holiness is subversive with respect to this infernal order in which we are immersed.

At the end of all, if I have a teaching that I think I can pass on to those I love, starting with my children, this is what I learned from Padre Pio: be good Christians.

You may read the full interview here.

To learn more about personal holiness, Padre Pio’s secret weapon, listen to my three CD retreat How to Be Holy. This secret weapon is also St. John Paul II’s program for the third millennium. St. John Paul II wrote, “First of all, I have no hesitation in saying that all pastoral initiatives must be set in relation to holiness. . . . holiness remains more than ever an urgent pastoral task. This program for all times is our program for the third millennium.”

Learn how to be holy and obtain my three CD retreat here.