Our Lady of Lourdes Conquers Scientism

February 11th is the Feast of Our Lady of Lourdes. Through her mediation of the graces of miraculous healings, she conquered Scientism.

On December 8, 1854, Pope Pius IX proclaimed the dogma of the Immaculate Conception in the apostolic constitution Ineffabilis Deus. A little more than three years later, on February 11, 1858, Our Lady appeared to 14-year-old St. Bernadette Soubirous just outside the village of Lourdes, France. This began a series of 18 visions.

During the apparition on March 25, Our Lady identified herself with the words, “I am the Immaculate Conception.” In this way she confirmed the dogma proclaimed by Pope Pius IX that she was free from original sin from the first moment of her conception.

During and after the period of the apparitions, many miracles occurred at Lourdes. However, because of Scientism, most of the people of France did not believe in them.

By the 1850s, during the Second Empire under Napoleon III (1852–1870), the secularist fruits of the French revolutions led many French people to believe in Scientism and to disbelieve in miracles, especially miraculous healings. The secularist believers in Scientism believed that only natural science could explain the world and that only science would be necessary for humanity’s progress. They disbelieved in God, his revelations, the supernatural and especially in his miracles. So, God sent his mother to disprove their false beliefs.

Scientism is the ideology and belief that only science can explain the truth and reality of creation. This statement is a self-refutation of itself. Science cannot prove the statement. This judgment in no way undermines real science, but helps to keep it within the boundaries of its own field of knowledge.

Science can only explain the “how” of material creation through the scientific method of investigation, observation, experimentation, testing, analysis and conclusions. Science cannot explain anything that transcends the material world such as the supernatural realities of God, angels, saints and miracles nor the natural realities that are not material such as goodness, truth, beauty and love. 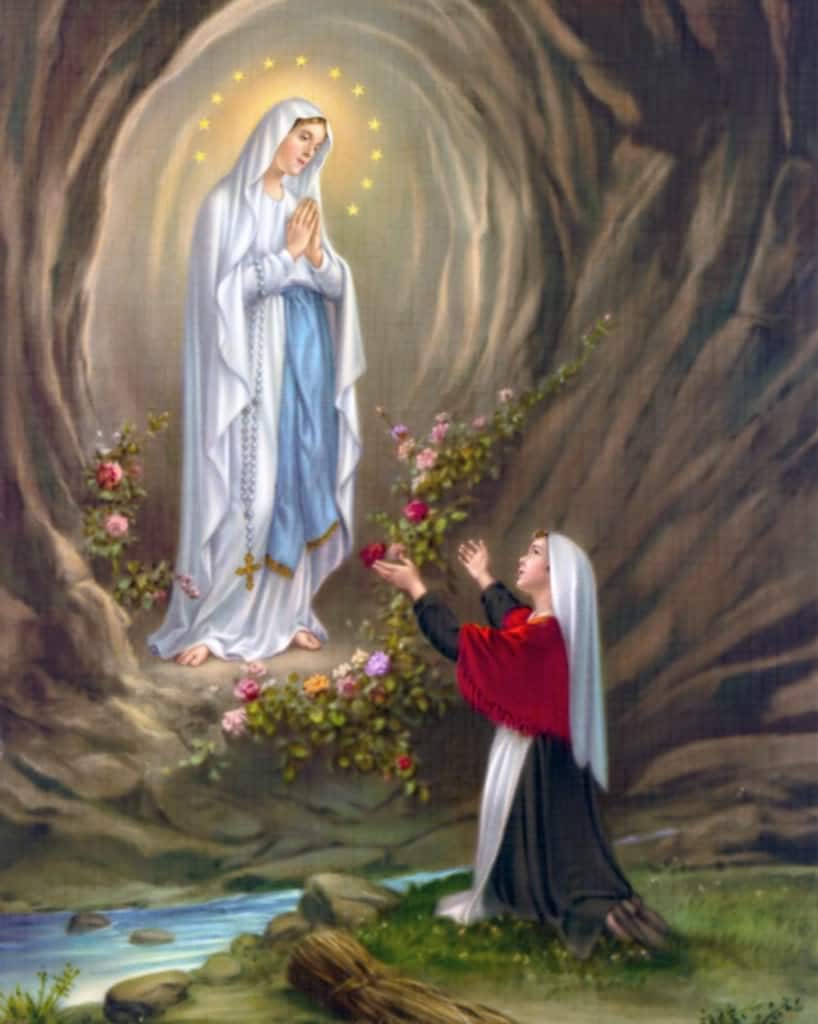 On January 18, 1862, Bishop Laurence, the Bishop of Tarbes, approved the Lourdes apparitions and declared,

We have also called on science, and we remain convinced that the apparitions are supernatural and divine, and that by consequence, what Soubirous saw was the Most Blessed Virgin. Our convictions are based on the testimony of Soubirous, but above all on the things that have happened, things which can be nothing other than divine intervention.

God had used his mother to disprove the prevalence in France of disbelief in God, his revelations, the supernatural and especially his miracles. In spite of that, some people will always disbelieve and will never believe in these supernatural realities.

Emile Zola, the late nineteenth-century French novelist, erroneously believed that science had cleared up all the mysteries of the world. In August 1892, Zola went to Lourdes to gather evidence that no miracles had occurred there. However, by God’s providence he actually witnessed two miracles.

18-year-old Marie Lemarchand was afflicted with three seemingly incurable diseases. She had an advanced stage of lupus, pulmonary tuberculosis, and leg ulcerations the size of an adult’s hand. Zola described the girl’s face as being eaten away by the lupus. He wrote, “The whole was a frightful distorted mass of matter and oozing blood.” Marie entered the baths of water at Lourdes and came out completely cured.

Zola was there when she came out and said, “I only want to see a cut finger dipped in water and come out healed.” The President of the Medical Bureau, Dr. Boissarie, was standing beside him and said, “Ah, Monsieur Zola, behold the case of your dreams!”

“I don’t want to look at her,” replied Zola. “To me she is still ugly.” And he walked away. He denied the very reality of her miraculous cure that appeared before his very eyes. So, God gave him a second chance.

Zola witnessed a second miracle of the healing of a woman in the final stages of tuberculosis. Nevertheless, he told Dr. Boissarie, “Were I to see all the sick at Lourdes cured, I would not believe in a miracle.”

That’s not science, that’s disbelief with a blind faith in only science in spite of the miraculous reality that was shown to him.

The truth is that science is the study of nature. It has nothing to teach us about the supernatural, such as miracles, that are outside of nature, but nevertheless real.

Over the years, almost 7000 pilgrims to Lourdes have sought to have their case confirmed as a miracle. 69 of them have been declared a scientifically inexplicable miracle by the Catholic Church.