Home » Obedience Is the Answer to Ferguson Style Violence

Obedience Is the Answer to Ferguson Style Violence

As a former lawyer and judge, I believe that obedience to the law is the answer to Ferguson style violence. If there had been obedience to lawful authority, there would not have been any death and violent mayhem in Ferguson.

The ripple effects of Ferguson’s violence continue to go out through the nation because of the alleged racism that led to the death of Michael Brown. The Catechism of the Catholic Church defines racism in its Glossary as “Unjust discrimination on the basis of a person’s race; a violation of human dignity, and a sin against justice.” Racism is a sin. Acting in self-defense is not. Officer Darren Wilson acted in justifiable self-defense against the assault of Michael Brown.

Michael Brown did not die because of racism. Michael Brown died because he assaulted a law enforcement officer who acted in the legitimate line of his duty. Officer Wilson lawfully ordered Michael to leave the middle of the public highway and to walk on the sidewalk. Michael’s companion obeyed the order, but Michael did not. He assaulted and battered Officer Wilson who was in his police car with the door closed. Officer Wilson justifiably shot Michael in legitimate and lawful self-defense, as the Grand Jury found. Not one witness testified that Michael held up his hands in a surrender position and said, “Don’t shoot.”

New Orleans football star Benjamin Watson said, “Ultimately the problem is not a SKIN problem, it is a SIN problem.”

Mr. Watson is Black. He also said that he was confused, because he didn’t “know why it’s so hard to obey a policeman. You will not win!!!”; that he was “embarrassed because the looting, violent protests, and law breaking only confirm, and in the minds of many, validate, the stereotypes and thus the inferior treatment”; and that sin is the reason we rebel against authority.”

Black communities such as Ferguson need to obey legitimate authority and not rebel against it.

They need to respect the rule of law rather than to resort to violence. They, the St. Louis Rams football players and all of the other protesters need to put down their “Hands up Don’t shoot” posture and slogan and get to work to bring peace to their communities. 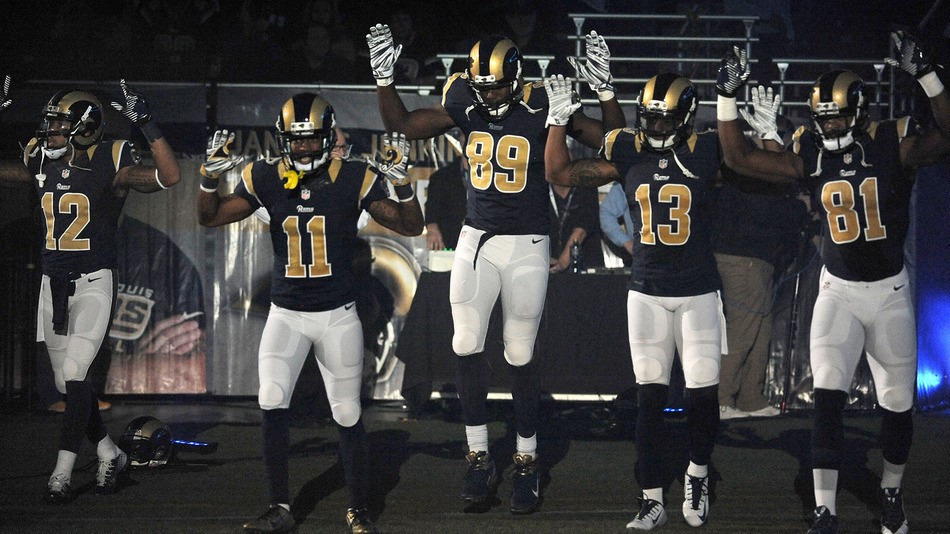 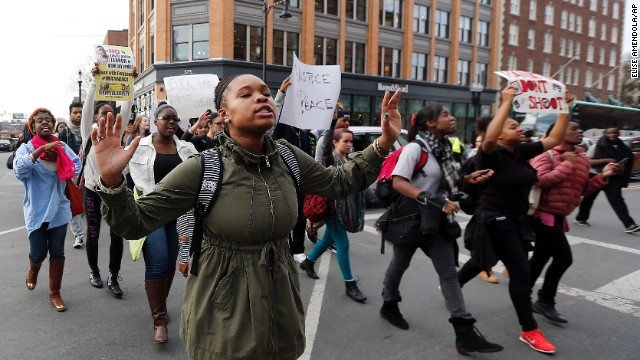 St. Joseph appeared to Sister Mildred Neuzil, the visionary of the devotion to Our Lady of America. He told her, “Fathers must come to me, small one, to learn obedience to authority: to the Church always, as the mouthpiece of God, to the laws of the country in which they live, insofar as these do not go against God and their neighbor. Mine was perfect obedience to the Divine Will, as it was shown and made known to me by the Jewish law and religion. To be careless in this is most displeasing to God and will be severely punished in the next world.”

Moreover, all communities are bound to obey the law, especially for the protection of life and property. Discharging firearms in a public place, arson, looting, assault and battery are all violent criminal acts that the Ferguson community committed. Violence is evil and an unacceptable solution to community problems. 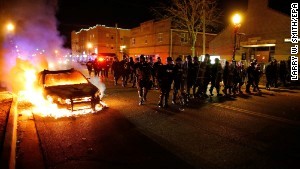 In 1979, Saint John Paul II visited the war-torn nation of Ireland to decry its years of violence. He said,

St. Louis Archbishop Robert Carlson had good advice for the Ferguson community. It could have remained at peace if it had followed his advice. He told them,

Commit to learning how to truly love each other. If we do this, then we will learn to love our neighbor. Show children the path of forgiveness and we will see walls of division crumble. Your homes are the foundation of our community. If your homes are full of forgiveness, they will be temples of peace. Our communities, cities, state, and nation will enjoy a lasting, fulfilling peace only if it begins in the home.

I echo the words of St. John Paul II, ‘Make your streets and neighborhoods centers of peace and reconciliation. It would be a crime against youth and their future to let even one child grow up with nothing but the experience of violence and hate.

The Ferguson protesters need to stop calling for public protests and boycotts. The Ferguson community needs to work with their families, their faith leaders and law enforcement officials to see how they can build trust amongst each other and work together towards peace. 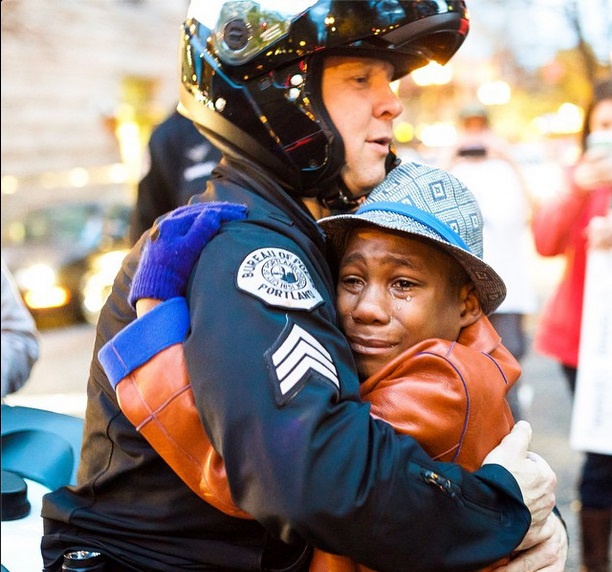 Parents, especially fathers, should set a good example to their children of obedience to the law. The highest example of obedience to the law in our country should be set by our highest law enforcement officer, the United States Attorney General.On December 1 our Attorney General, Eric Holder, encouraged disobedience to the rule of law. There was a public assembly at Atlanta’s Ebenezer Baptist Church to listen to Mr. Holder deliver a speech. The public assembly was rudely disrupted by disorderly protesters who shouted slogans to such an extent that Mr. Holder could not speak nor his audience listen. This infringed on the rights of him and his audience to free speech and listening. Despite their rude and criminal behavior, Mr. Holder said that the group should not be criticized.Mr. Holder said, “There will be a tendency on the part of some to condemn what we just saw, but we should not. What we saw there was a genuine expression of concern and involvement. And it is through that level of involvement, that level of concern and I hope a level of perseverance and commitment that change ultimately will come.” He then concluded by ingratiating himself to these protesters and said, “And so let me be clear, let me be clear, I ain’t mad atcha, all right?” Black football star Benjamin Watson said that in spite of the Ferguson violence, he was encouraged “because God has provided a solution for sin through his son Jesus and with it, a transformed heart and mind. One that’s capable of looking past the outward and seeing what’s truly important in every human being. The cure for the Michael Brown, Trayvon Martin, Tamir Rice and Eric Garner tragedies is not education or exposure. It’s the Gospel. So, finally, I’m encouraged because the Gospel gives mankind hope.”

So let us be encouraged and pray for true change and hope and for transformed hearts and minds. December 8 is the feast day of the Immaculate Conception. Let us pray to The Immaculate One, Our Lady of America, our national patroness, for racial harmony and peace. Please click here to pray her novena for True Change and Hope for America.