My Daughter Stayed at Work on the “Day without a Woman”

My Daughter Stayed at Work on the “Day without a Woman”

“The level of any civilization is the level of its womanhood” – Archbishop Fulton Sheen.

Some women celebrated March 8 as “A Day Without a Woman.” They showed their support for abortion, Planned Parenthood and same-sex false marriage. Organizers called for women not to show up for work.

Ignoring the organizers call, my daughter showed up for work. She is the mother of nine children from four months to 19. She celebrated the “Day without a Woman” by fulfilling her role as a stay-at-home mother. Her name is Maggie Lynch Eisenbarth.

She posted the photo below on Facebook and wrote, “I’m here for you kids, would never walk out on my vocation. I woke up and showed up!” 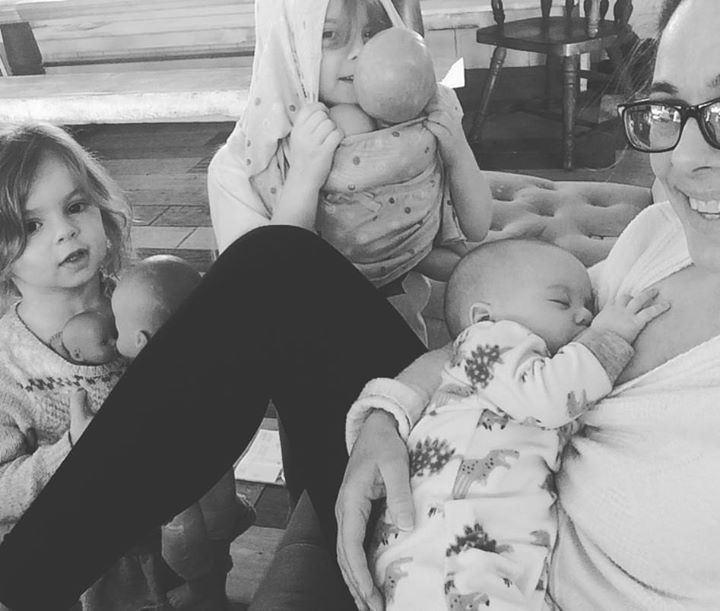 “I woke up way early today, 5:49! Very unusual for me who usually stays up way late! But today I needed to wake up and show up! As a mom of 9 to walk out would be irresponsible and neglectful, as a woman I believe we are called to live out our womanhood. Real women don’t quit, they value their authentic femininity, they honor their roles in the beauty of creation. We don’t stop, we persevere, through God as our strength and the women that have gone before us, we Stand. I think of Saint Elizabeth Seton, mother of 5, mother to 6 orphaned nieces and nephews, she was a widow at 30, and in 16 years lost two of her own children, started a school, founded the Sisters of Charity and served countless numbers of women, children and those sick and suffering. She not only SHOWED up she did not quit! Don’t believe these lies, your value comes from the Creator, you are treasured, you are made for Greatness! Show up and make the world a better place with your talents, gifts and God as your guide. Create life, nurture life, speak life.”