The apostolate of the Missionary Image of Our Lady of Guadalupe fought the movement for the acceptance of gender ideology at the General Assembly 2017 of The Organization of American States (OAS) in Mexico. Our apostolate participated as a civil society organization in collaboration with the apostolate of Human Life International, represented by Marlene Gillette-Ibern, Esq.

The OAS is promoting an acceptance of gender ideology as their so-called “means towards national and regional well-being.” Gender ideology promotes the false idea that your gender is a choice so that if you were created as a male or female, you may change your sex by your own choice to be the opposite of the sex that God created you, aided by drugs and surgical mutilations. People who believe this have Gender Identity Disorder. We fought against the means promoted by the OAS.

The true teaching of the Catholic Church is that God created human beings as male and female. People with Gender Identity Disorder can simply grow out of it or change with appropriate care. No one is born with Gender Identity Disorder. People are born as either male or female. That is science. Although our Culture of Death says that our subjective feelings are what define our sexuality, the truth of our sexuality is objectively revealed to us by God, through our bodies.

Perhaps those with Gender Identity Disorder did not freely choose their disorder. Perhaps their life’s wounds led them to it. However, God knows and he looks to their hearts and wants to save them and to lead them in the right direction by his grace to receive his merciful love and to live as the male or female whom he created.

The basic understanding of human formation is well expressed by Pope Francis. He wrote in Amoris Laetitia, that “the young need to be helped to accept their own body as it was created”.

It is impossible for anyone to change their God-created sex or gender. They may change their appearance, but not their reality as male or female.

The U.S. bishops have cited Pope Francis’ caution that “biological sex and the socio-cultural role of sex (gender) can be distinguished but not separated.”

During the OAS Assembly, we participated in a Pilgrimage for Life and Mass at the Cathedral of the Most Holy Trinity of the Holy See Prelature of Cancun-Chetumal in Mexico. Encounters were also held with clergy and laity associated with the prelature and the Holy See permanent observer delegation at the OAS meeting. Also we participated later that day in a Rally for Life and Family that was held at a public location in Cancun. 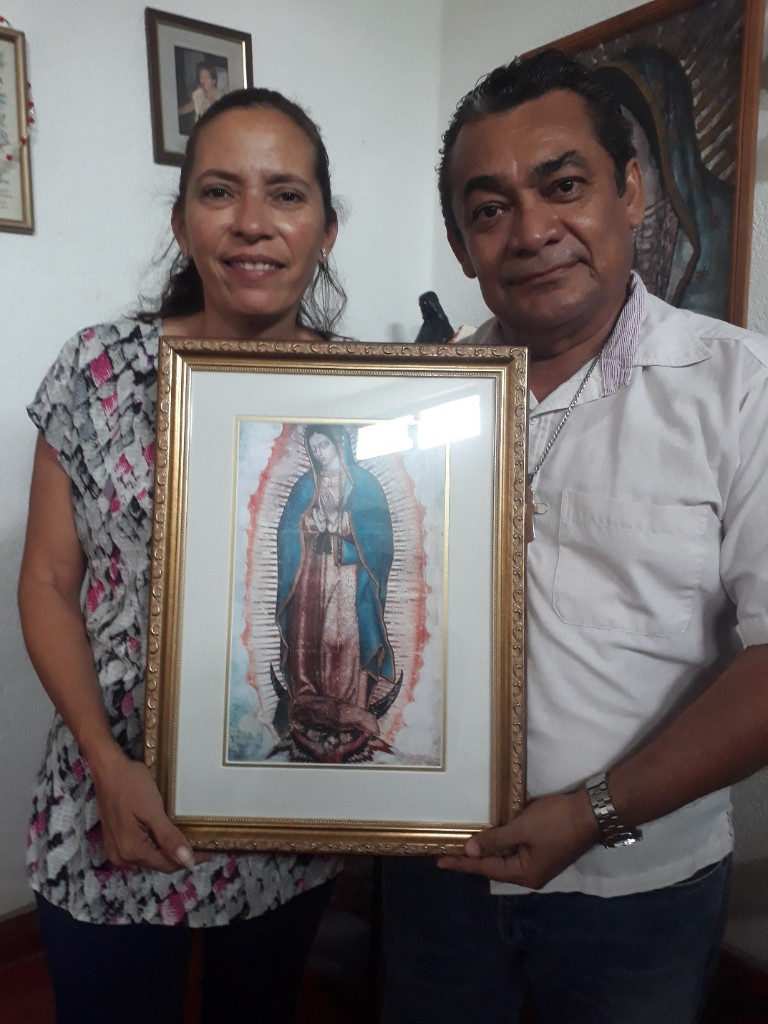 In addition, on behalf of the apostolate of Missionary Image of Our Lady of Guadalupe, which participated as a civil society organization at this OAS General Assembly, HLI presented a gift of a framed image of Our Lady of Guadalupe to Raul Rosado of Cancun. Mr. Rosato served as the HLI onsite auxiliary coordinator for the life and family work that was carried out during the Assembly.

Mr. Rosado, who comes from a large family, responded that he and his brothers would take the Image of Our Lady of Guadalupe for prayer and veneration at the parish churches of the Holy See Prelature of Cancun-Chetumal. Raul and his wife Karla were very moved by the gift and the sense of having a special mission that the Blessed Virgin Mary of Guadalupe has entrusted to them.