Home » Mercies on Earth and Miracles from Heaven

Mercies on Earth and Miracles from Heaven

Mercies on Earth and Miracles from Heaven

Our Lady of Guadalupe mercifully and miraculously appeared to St. Juan Diego in Mexico in 1531. She told him, “I am your Merciful Mother and the mother of all of you united in this land and of all mankind.” Through the merciful and prayerful intercession of Our Lady of Guadalupe, God mercifully healed Juan Bernadino, the uncle of St. Juan Diego, from his deathly disease and converted 9 million natives to the one true God, in the largest mass conversion in the history of the world.

This is the Jubilee Year of Mercy. We are called to practice mercy by our words, our actions and our prayers. I would like to tell you a story about mercies on earth and another merciful miracle from heaven.

Addie Moser was a bright, creative and courageous 11-year-old girl who suffered for more than a year from incurable Gorham’s disease. Gorham’s disease is a very rare skeletal condition that can be life threatening. It is characterized by loss of bone and fluids, because of which it is commonly known as vanishing bone disease.

Addie’s suffering began when she was two years old when her mother died of cancer at the age of 38, after a long courageous battle, leaving five children under the age of 15. Her father cared for his children to the best of his ability, but he was no longer able to care for them. The children were often separated and cared for by friends and family. After too many moves back and forth, the Moser children were finally reunited in one home.

My friends, Ryan and Michal (pronounced Muhkyle) Farley from Missoula, Montana, opened their home and their hearts and lovingly took Addie and her four siblings to raise them with their own three children. Michal was my daughter Maggie’s college classmate and roommate after college.

The new merged Farley-Moser family required a period of adjustment during which Addie maintained her happy disposition, flexibility, strength and resiliency. The Farleys later mercifully became legal Guardians of the Moser children. They treated the five Moser children just as they did their own three children. 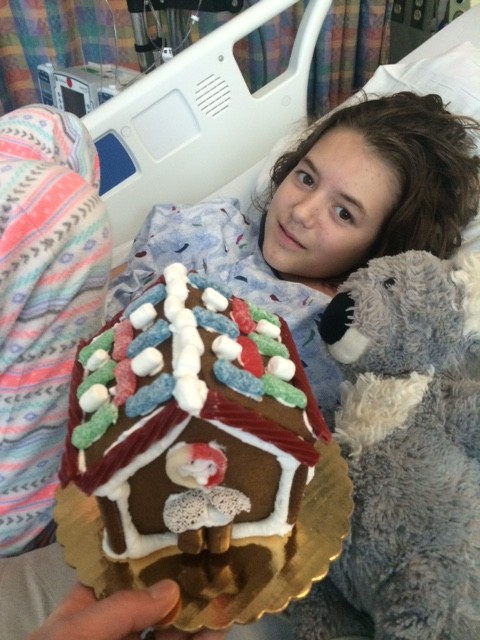 
Addie underwent many surgical procedures and was attached to a pump that drained fluids from her body and replenished it. As Addie’s Gorham’s disease progressed, it destroyed her bone structure. The Farleys took her for months of treatment to Children’s Hospital of Colorado in Denver, Missoula Community Medical Center and Children’s Hospital of Philadelphia. Addie was surrounded by loving and merciful care and prayer from her guardians, her family, her friends, her community and medical personnel. Eventually, Gorham’s disease and cancer took its toll upon Addie.

Finally, after months of living in hospital rooms, Addie was able to come home to her family where she had two brief days surrounded by her guardians and family before God took her to himself in heaven to join her mother and grandmothers. Addie died at age 11 in her home on March 17. I thank all of you who mercifully cared and prayed for Addie and for her healing.

My daughter, Kate McLaughlin, sang Be Not Afraid at Addie’s Celebration of Life. She sang God’s merciful words for Addie, “You shall see the face of God and live. Be not afraid. I go before you always. Come follow me and I will give you rest.”

Addie was an inspiration to many. We read in Addie’s obituary that her “short life was rocky, rough and raw, but so amazingly beautiful, bright and bountiful. Addie was spunky, creative, bright and artistically and musically talented. She enjoyed spending time with people and loved animals, particularly her dog Kona. Addie loved playing and singing along to music, playing sports, being outside and surrounding herself with wonderful friends. Her smile lit up the room and her even more likable personality filled all the corners her smile couldn’t reach.”

Michal Farley wrote to me and described Addie’s Celebration of Life “as a beautiful service; unique, different, and beautiful. The Priest Jim Hogan had provided me with an outline of what the service could look like. Ryan and I sat down with Addie’s siblings – Alex, Aidan, Anton, and Anna – and they primarily planned the service. The Gospel and homily by Father Jim was perfect. There was a very diverse crowd there, and his kind words about death, the resurrection, and life were beautifully said and greatly appreciated. Your daughter Kate sang Alison Moser’s favorite gospel song and did an amazing job – it was so beautiful.”

Michal continued, “I have never been through such an amazing, sad, sacred, wonderful, trying experience in my life – fighting for Addie’s life and accepting that she would not live was difficult and surreal. Knowing now that she is at peace and free – with her mother and grandmothers in heaven sustains me each day. Very grateful for you and your daughters, Dan.”

You may see Addie’s Celebration of Life on Addie’s blog here.

Miracles from Heaven is a movie based upon the book of the same name by Christy Beam, mother of Annabel. Like Addie Moser, Annabel suffered from a rare incurable disease called Pseudo Obstruction Motility Disorder. It is a disorder that prevents the sufferer from being able to adequately digest and absorb nutrients. It prevented her from normal eating. She had to be tube fed which led to many complications for which there were no cure.

Like Ryan and Michal Farley, the Beams mercifully took Annabel to many treatment centers and ultimately to the Boston Children’s Hospital.

Annabel’s mother said, “Why? Why Annabel?  And how do you pray to the one true God, the ultimate healer, when your baby girl isn’t well for four and a half years?” 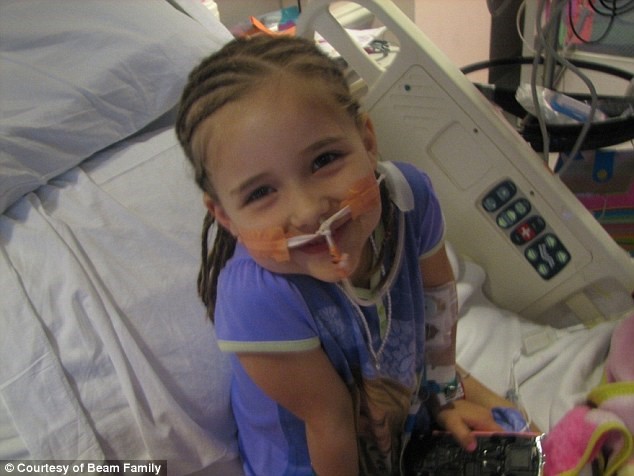 
As her life ebbed away, nine-year-old Annabel told her mother from her hospital bed, “Mommy I just want to die. And I want to go to heaven and live with Jesus where there’s no more pain.”

After almost 5 years of chronic, progressive, incurable illness, and of hospitals, medications and continual suffering, Annabel had reached her limit, in spite of all the merciful love and care that she had received from her family, her friends, her community and medical personnel.

On December 30, 2011, Annabel climbed a giant tree in her backyard to a branch 30 feet above the ground. As she sat on the branch, it broke and she fell into a large hole in the trunk of the hollow tree and fell 30 feet to the ground inside the tree. There she had a near-death experience.

She said, “Heaven was very bright and it was very peaceful.” There was no pain, and that’s why I wanted to stay. And I sat on Jesus’ lap and I asked Him if I could stay.”

“He said, ‘No, Annabel, I have plans for you on Earth that you cannot complete in heaven, but whenever the firefighters get you out, there will be nothing wrong with you.’ “

It took five hours for the firefighters to pull Annabel up the inside of the tree and out through the large hole. She should have been dead. However, she only suffered scratches and a mild concussion.

Both Addie and Annabel were pre-teenage girls, both suffered from incurable diseases, both had loving family, friends, community and medical personnel mercifully caring for them and praying for them. Why did Annabel live and why did Addie die? This is a mystery of God’s Divine Providence.

Why does a good and loving God allow the suffering and death of innocent children? We know that God the Father allowed the suffering, crucifixion and death of his own innocent Son. Some of us are called to do likewise for our children and to accept this as a greater good than it appears. We need to have hope and to trust in God’s Divine Providence, no matter what our circumstances are.

God allows diseases for a greater good that we do not always understand. He works all things together for good. (See Romans 8:28). He allowed his only begotten Son, Jesus Christ, true man and true God to be the victim of evil through his crucifixion and death. However, he worked this evil for the good of his resurrection and his proof of his promise of eternal life for those who believe in him.

Annabel’s mother said, “My message to people now is, in your times of trial and darkness, look up. Get your head up. Get it out of the darkness. Quit looking down because you’re going to see what propels you forward and gives you the hope that you need to get through and keep fighting to see what is the plan, what is on the other side of that mountain.”

These are the mysteries of merciful love, redemptive suffering, death, eternal life and miraculous healings in the Divine Plan of Merciful Love in which both Addie and Annabel now partake.