Home » May Christ Have Mercy on Brittany, Because Her Doctors Did Not!

May Christ Have Mercy on Brittany, Because Her Doctors Did Not!

May Christ Have Mercy on Brittany, Because Her Doctors Did Not!
Dan Lynch

Brittany Maynard, 29, died in Portland, Oregon on Saturday after
publicly announcing her intention to commit suicide in a video seen by
millions. She committed suicide by taking fatal drugs legally provided
by her doctors for her so-called “mercy killing.”

In 1993, I led a procession carrying the Missionary Image of Our Lady of
Guadalupe many miles to the closing World Youth Day Mass at Cherry
Creek State Park in Denver, Colorado.

Death battles against Life: a “culture of death” seeks to impose itself on our desire to live, and live to the full.
. . . In our own century, as at no other time in history, the “culture
of death” has assumed a social and institutional form of legality to
justify the most horrible crimes against humanity: genocide, “final
solutions”, “ethnic cleansings”, and the massive “taking of lives of
human beings even before they are born, or before they reach the natural point of death.” . . .

Young pilgrims, Christ needs you to enlighten the world and to show it
the “path to life” (Ps 16,11). The challenge is to make the Church’s
“yes” to Life concrete and effective. …

At this stage of history, the liberating message of the Gospel of Life
has been put into your hands. And the mission of proclaiming it to the
ends of the earth is now passing to your generation. …

St. John Paul II was preaching to my daughter Maggie’s generation. Now,
she is the mother of eight and posted the following on her blog about
Brittany’s sad suicide.

Life, Fight for It!

I am surprised by these tears filling the wells of my eyes for Brittany
Maynard, for a stranger, for a girl I have never known and will never
know. She is dead. I read about her and her decision to die a few weeks
ago, honestly I didn’t really believe she would go through with it. Even
though she and her husband had already made the commitment to move to
Oregon and she had recently told the world that she wanted to leave, die
on her time. I just thought she would come through as a hero for the
thousands upon thousands fighting to live. She was given six months to
live, to live. But she was dying, her days were numbered.

So are mine. I am dying every day, every day closer to the end of my
life, every day. I am just now reading her words to her family and
friends, the words that make me grieve for her, “Goodbye to all my dear
friends and family that I love. Today is the day I have chosen to pass
away with dignity in the face of my terminal illness, this terrible
brain cancer that has taken so much from me … but would have taken so
much more,” she wrote on Facebook.

What can be considered a dignified death? Dignified means with honor,
respect, worthy; does that somehow mean that her death possibly months
from now would have been less respectful, less dignified? To choose to
die is honorable?  I think it is an unfortunate lie that is being told
that in her choice for death there is somehow more dignity than
suffering and dying.

Dying, let’s imagine, one morning next year, on a day when new shoots
emerge from the dirt of winter and a gentle breeze blows the scent of
spring into her room, the same day her best friend has a baby and names
her Brittany. Who knows what her months ahead looked like for her, the
effect she may have had on others? Some of her last words open up the
assumption that her illness and suffering were going to take so much
more from her, but what about what she was capable of giving, of
sharing? What about those last moments of her life perfectly chosen, her
time? 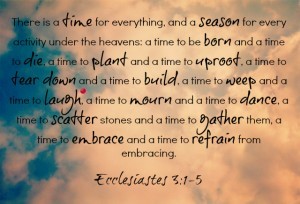 And I guess that is the saddest part, she didn’t believe she had a day, a
time, a moment, like her birth, that was purposeful and perfectly
designed for her. I grieve for the future she will never know, and that
her loved ones will never know with her. The kind words she may have
shared that may have changed another person’s life path. Her time was
limited, her pain great. I believe with all the pain and suffering in
the world that there must be beauty in suffering. A passage of sorts.

But how can one understand that through suffering we were redeemed,
without knowing the one death that made us all worthy? To not know
Christ, to not know God is to not know that you will be carried through
the roughest seas, through those moments of seeming despair.

She looked into her tomorrows and saw cancer taking so much from her and
sadly saw her wilting away, deteriorating and painfully dying as less
dignified.  There is good to be found when we are at a loss, there is
much to be filled in our spirits and souls when we are emptied of all
that we believe we can offer. There is giving even when it looks like
there is nothing left to give.

Today I pray for her soul, I pray for those who loved her company, her
friends, her parents and husband. I pray that her death brings light to
the suffering of others that they find the strength to believe that they
are strong enough to live to their last natural breath, that they find
themselves supported with love and kindness to their last day.

I pray that all those battling terminal illness fight to live and die
with true dignity, having given this world their all. I believe that we
are stronger than we know, and that God gives us many graces at the most
difficult of times. When we see the worst, He gives us the grace to
accept it in peace and He makes everything beautiful in it’s time. I
wish she knew Christ; I hope and pray she knows Him now.

May Christ have mercy on Brittany Maynard!

You may read more about Maggie here. 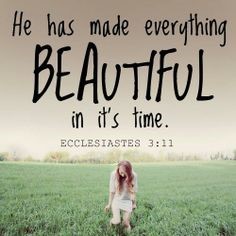