Federal law defines a “mass killing” as three or more people killed. There were three recent mass killings, one in Las Vegas, Nevada; one in Sutherland Springs, Texas and one in Rancho Tehama, California.

Most mass murder perpetrators legally purchased their weapons, had no criminal records and were not mentally ill. They were consumed by hate and anger and placed the blame for that on other innocent people upon whom they vented their anger. Men like this used to smash their fists against walls, now they commit mass murders in our Culture of Death.

They are determined to execute their plan for mass murders and no gun-control will prevent them. If they cannot obtain guns legally, they will have others obtain them, or steal them or use a rental truck or another vehicle, bombs, machetes or any other weapon of their choice, as they have done recently throughout the world. They will get their weapons and they will use them.

Our Culture of Death


“Gun-control” is a misleading term because of the right to bear arms under the Second Amendment of our Constitution. The proper term should be “gun regulation”, which is a reasonable and prudent response to mass murders. However, regulations cannot affect the root cause of mass murders which is a rampant unrestrained evil in our Culture of Death. Many in our secularized Culture of Death live their lives as if God does not exist. Our country has legalized pornography, contraception, abortion, suicide, sodomy, and same-sex false marriages. As a consequence of these evils, we have suffered from the evils of divorce, abandonment of marriages, drug addiction and sexual addiction, and sexual abuse in the worlds of entertainment, sports and politics.


In 1917, Our Lady of Fatima said that wars are punishments (chastisements) from God for sins. Now, 100 years later, in 2017, we suffer from mass murders that are likewise punishments from God because of the sins of our Culture of Death. God, in His perfect divine will, allows these punishments in order to bring us to turn to Him, and not the State, for our security and protection. These punishments can only be stopped with the force of good and by the spiritual weapons of prayer and sacrifice and not by worldly legislative actions such as gun regulation. You can’t pass a law that will stop evil.

Many people ask “Why?” These mass slaughters were not merely human criminal events, they were evils that were inspired and directed by Satan, evil personified. Evil is not created by God, it is the absence of the good that He has created, inspired by a real evil personality, Satan, with whom the human race has been in conflict since the Garden of Eden when he tempted Adam and Eve into the Original Sin.

God allows evil caused by sin so that we can freely choose the good and reject evil with our free will. He did not make us robots and cannot force us to love Him or to do good and avoid evil. However, He works all evil for good. (See Romans 8:28). He allowed the most innocent, His only begotten Son, Jesus Christ, true man and true God to be the victim of sin and evil inspired by Satan that resulted in Jesus’ own crucifixion and death. However, He worked this evil for the good of His resurrection and His proof of His promise of eternal life for those who believe in Him.

Good overcomes evil. Texas Governor Greg Abbott addressed the grieving community of Sutherland Springs. He told them, “Evil must be combated with the force of good that is offered by God, and it is so heartwarming to see the people of this community turn to God, turn to hope, turn to the promise of good overcoming evil.” So let us be hopeful. These are the mysteries of evil and redemptive suffering in the Divine Plan of Love.

Jesus came to destroy the works of Satan (see 1 John 3:8), so we should not be fearful and fixated on the media reports of natural disasters and mass murders. They should inspire our hearts to open in prayer and sacrifice for the salvation of the souls of the dead, healing for the victims and their families and for an end to our Culture of Death. They should not lead us to craven fear for our own safety. Jesus told us, “Fear is useless; what is needed is trust.” (Luke 8:50).

Jesus King of All Nations explained why He allows suffering from natural disasters and evil from people, after the Haitian earthquake on January 12, 2010. It killed almost 100,000 people, injured about 220,000 and made at least 1.5 million people homeless with 250,000 residences and about 30,000 commercial buildings severely damaged.

Five days after the earthquake, Jesus gave a consoling message about this devastating tragedy that is equally applicable to the tragedies of Las Vegas, Sutherland Springs and Rancho Tehama. He told his Secretary, the mystic of His devotion, “Those who have lost their lives in this tragedy are victims of Merciful Love. Their sacrifice will not only help to secure their salvation but will also call down My Great Mercy upon their nation and the world. . . .I allow such things in nature to serve My Divine Plan of Love, to help awaken the consciences of souls and thereby to turn their hearts and minds to Me, their God and Savior and also to allow them to participate in My Redemptive Act by sharing in My sufferings.” (Journal 351-352).

What is the Remedy?

So what is the remedy? Jesus King of All Nations said, “In these times only one thing will be given as a remedy. I Myself AM that remedy!!!” (Journal 159).

After Micah Xavier Johnson ambushed and fired upon a group of police officers on July 7, 2016, in Dallas, Texas, killing five officers and injuring nine others, Jesus said:

When will you accept My devotion of Jesus, King of All Nations? Are not these atrocities enough to move you to faith and action?

Once more I offer to you this precious gift and remedy from Heaven. Will you at last accept it and practice it? Will you at last enthrone My image and proclaim anew My Sovereign Rights and Supreme, Inviolate Authority over mankind?

Hear Me at last or the state of the world will continue to decline yet further until one day the Great Chastisement will fall upon you and you shall cry, “Blessed is He Who comes in the Name of the Lord!

The Power of Prayer 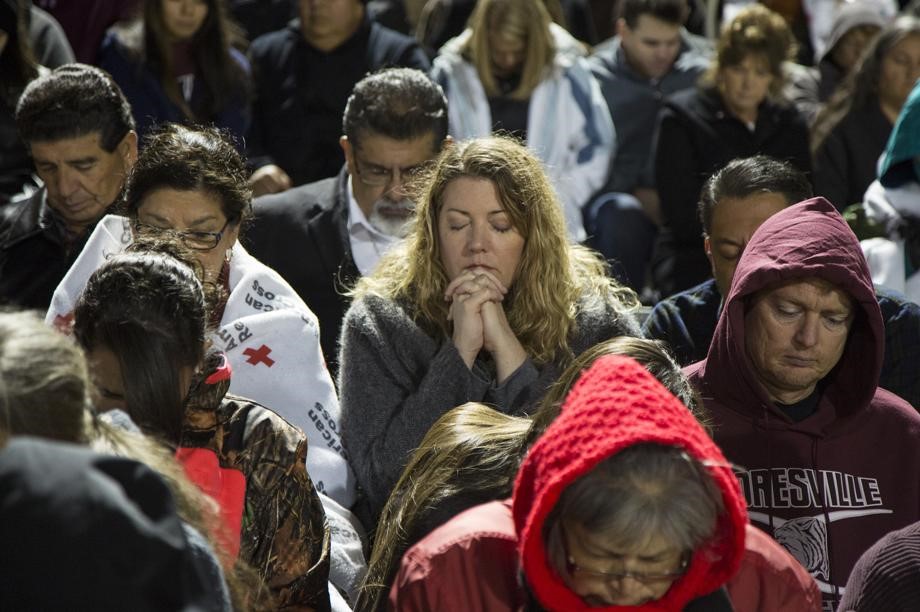 Praying at Sutherland Springs
Let us turn our hearts and minds in prayer to Jesus King of All Nations, accept His grace and mercy and be a people of peace under the Prince of Peace. Let us implore Him for peace to overcome mass murders and natural disasters and for the grace of the end of the deaths of the innocents, the wounded, and the vast destruction of property. May we reverence the life, dignity, beauty and wonder of every single human being from conception to natural death and may we pray for the grace, mercy and protection that Jesus King of All Nations promised us.
He revealed the Novena in Honor of Jesus as True King. This simple Novena is a most generous gift from Our Lord. He gave these extraordinary promises:

My little one, every time you say the prayers I taught you in connection with My image as ‘Jesus, King of All Nations’, I promise that I will convert ten sinners, bring ten souls into the One True Faith, release ten souls from Purgatory and be less severe in My Judgment of your nation, the United States of America. My little one, this not only applies to your nation, but also all other nations. My child, each time you say these prayers, I will mitigate the severity of the chastisements upon your country. (Journal 41).

Many secularists say that some of the recent victims prayed, but that God did not hear them and that their prayers were not answered. However, they don’t understand what prayer really is or how prayers may have saved the souls of some of those killed, or minimized the injuries to the wounded or saved the lives of the survivors or gave the grace to them, their families and their communities to persevere in faith, hope and love through the crises.

To those who pray, prayer is an uplifting of the mind, the heart and the soul to God in an intimate relationship with Him. In this relationship, those who pray, praise God for His goodness, mercy, truth and beauty; they adore God; implore God for the forgiveness of their sins; thank Him for answering their prayers and petition Him for His providence and protection and for Him to continue answering their petitions according to His will, which often is not their own imperfect will.  It may seem that some of these prayers are never answered, but truly they are always answered according to His perfect divine will that is always for the best. Even if God allows punishments, prayers can still lessen their severity.

Perhaps prayers lessened the slaughter in Las Vegas by the unexpected intervention of the hotel security guard into the killer’s room.

Perhaps prayers lessened the slaughter in Sutherland Springs by the intervention of a neighbor who shot the killer and wounded him twice.

Perhaps prayers lessened the slaughter in Rancho Tehama when the killer was frustrated by the lock-down at the school that prevented him from killing the children, his targeted victims.

In Sutherland Springs, an official said that it “could have been much worse if it wasn’t for the quick thinking” of the school’s staff, who put the school in immediate lock-down mode without instruction from police.

So let us pray!

See the silent pleas of high school students standing up for Jesus. What do they say?: “Love; Don’t be ashamed of prayer; Stand together and pray!”
See their short video here, https://www.youtube.com/embed/jFz4uUfPfN8?rel=0&autoplay=1 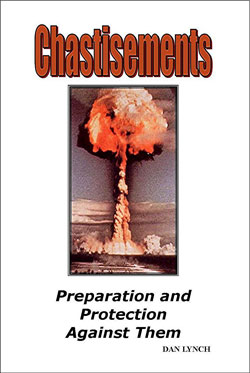 Click here to order your copy of my book, Chastisements – Preparation and Protection Against Them