Hail, holy Mother! The child to whom you gave birth is the King of heaven and earth for ever. (Introductory Rite to Mass of the Solemnity).

January 1 is New Year’s Day, but more importantly it is the Solemnity of Mary, the Holy Mother of God. This Solemnity has been celebrated since early Christianity. Mary’s title as “Mother of God” (Theotokos in Greek) was defined by the Church at the Council of Ephesus in present-day Turkey in the year 431.

Many people ask, “How could Mary be the mother of God since He preexisted her?  She did not exist before God, so how could she be His mother?” 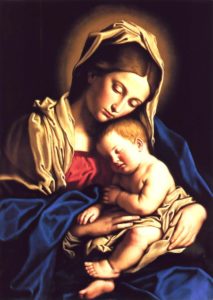 However, the title of Mary as “Mother of God,” does not mean that she, like God, existed from all eternity. She is a human person who is the source of the human nature of Jesus Christ and gave birth to Him, who is true God and true man, “the Word made flesh.” (John 1).

Since Jesus had no human biological father, Mary contributed all genetic material to the formation of His human nature. As St. John Paul II wrote in his encyclical Redemptoris Mater (Mother of the Redeemer), “[Jesus] is the flesh and blood of Mary!” (See Catechism of the Catholic Church 485).

Called in the Gospels “the mother of Jesus,” Mary is acclaimed by Elizabeth, at the prompting of the Spirit and even before the birth of her Son, as “the mother of my Lord.” In fact, the One whom she conceived as man by the Holy Spirit, who truly became her Son according to the flesh, was none other than the Father’s eternal Son, the second person of the Holy Trinity. Hence, the Church confesses that Mary is truly “Mother of God” (Theotokos). (Catechism of the Catholic Church No. 495).

Not only is Mary the Mother of God, but she is our mother as well. This was Christ’s gift to us from the Cross when He said to St. John the Evangelist, “Behold your mother!” (John 19:27). Jesus didn’t mean her to be only the mother of John. These words of Jesus from His Cross were universal and intended for all human beings for all time. That’s why the Second Vatican Council said that Mary is Mother of God and the Mother of Men. (Vatican Council II, Dogmatic Constitution of the Church, No. 54).

The Council quotes St. Augustine who said, “She is clearly the mother of the members of Christ … since she has by her charity joined in bringing about the birth of believers in the Church, who are members of its head.” (Vatican Council II, Dogmatic Constitution of the Church, No. 53). “She cooperated by her obedience, faith, hope and burning charity in the work of the Savior in restoring supernatural life to souls. For this reason, she is a mother to us in the order of Grace…. Taken up to heaven she did not lay aside this saving office but by her manifold intercession continues to bring us the gifts of eternal salvation. By her maternal charity, she cares for the brethren of her Son, who still journey on earth surrounded by dangers and difficulties, until they are led into their blessed home. (Vatican Council II, Dogmatic Constitution of the Church, Nos. 61-62). “Maternal” charity is the love of a mother and that is how she cares for us.

This means that Mary is not just a Queen who sits on her throne in heaven twiddling her thumbs. She really cares for us, her children, on earth. She wants to have a personal relationship with us. We, in turn, should trust her with a child-like love that “mother knows best!”

She wants to unite us with Christ totally so that we may say with St. Paul, “The life I live now is not my own; Christ is living in me.” (Galatians 2:20). As at the wedding feast at Cana, Mary points out our needs to Him as our mother and tells us, “Do whatever He tells you.” (John 2:5).

So, let us do what He tells us, and honor our mother and His. Out of her love for us, she has appeared on earth many times over the last one hundred years, calling us to conversion, prayer and penance beginning at Fatima, Portugal, and continuing today at Medjugorje, Bosnia-Herzegovina. 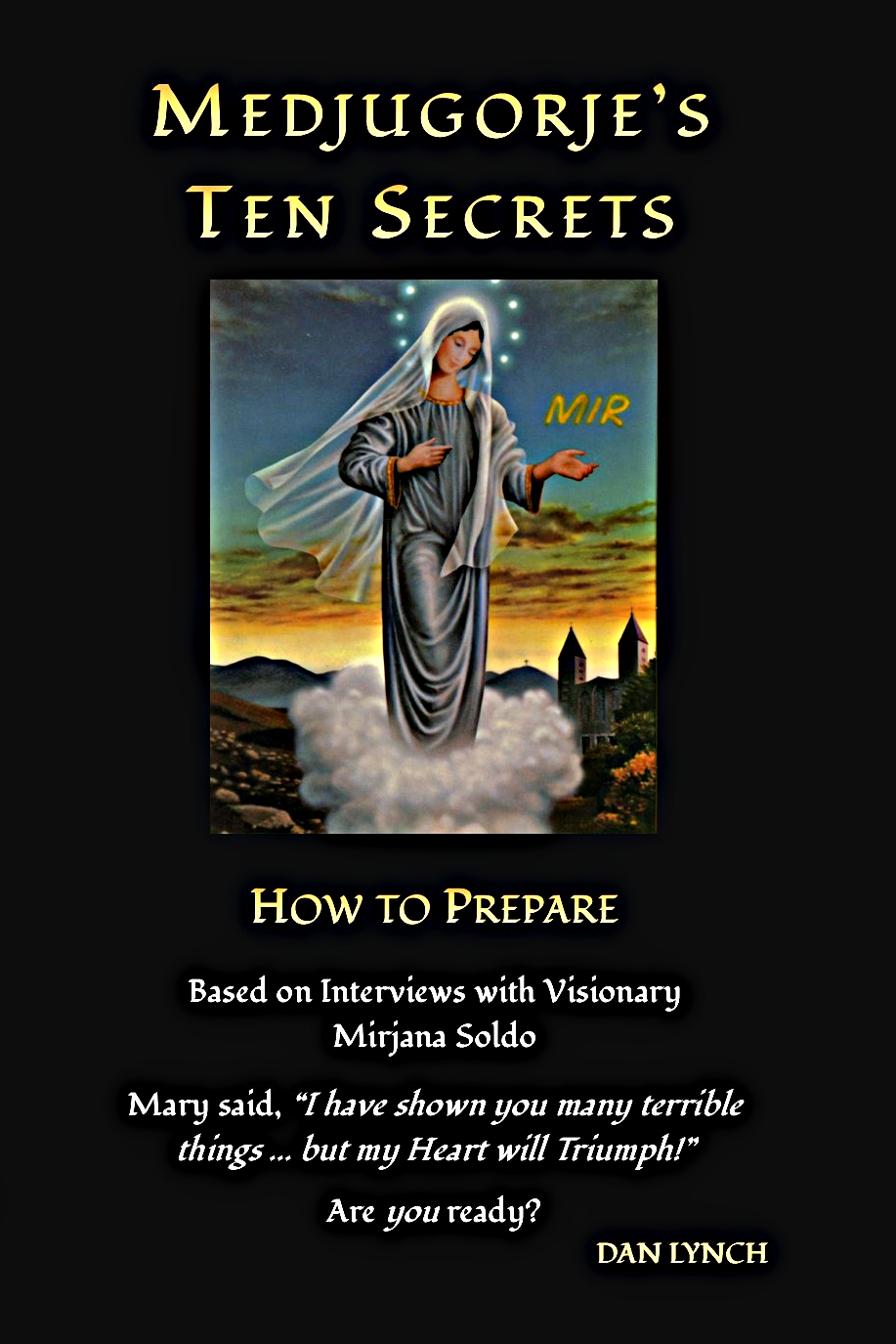 At Medjugorje, Mary revealed Ten Secrets to the visionary Mirjana Soldo. Our Lady told Mirjana, “What I started at Fatima, I will finish in Medjugorje… I have shown you many terrible things… but my Heart will triumph!”

Please read my new book, Medjugorje’s Ten Secrets: How to Prepare based upon interviews by me and others with visionary Mirjana Soldo. Get ready for the secrets and learn about the urgency of the requests of Our Lady, Queen of Peace, and how to respond to them. Help her to bring the Triumph of Her Immaculate Heart and the New Era of Peace. Mary told Mirjana, “Be Ready.”

Father Livio Fanzaga, Director of  Radio Maria in Medjugorje, said “I believe that the time of secrets coincides with [2021] the 40th year of appearances.”

Watch and Listen to This Short Video by Dan on Why You Need to Read His New Book.

Are you ready for the Ten Secrets? Be Prepared and Order Your Book here on Amazon in paperback or digital Kindle version.