Jesus’ Resurrection Appearances to the Women

Below is Part One of the three parts the Easter Season story as told from the point of view of St. John, the Beloved Disciple of Jesus King All Nations, in my book The Gospel of Love, an historical fictional autobiography of St. John. The stories correspond to the Gospel of the day. Part Two will appear tomorrow.

Early in the morning on the first day of the week, and on the third day from the sunset of the day of our Last Supper, while it was still dark, Mary Magdalene went to the tomb with ointments to anoint the body of Jesus. We disciples stayed in the nearby house of the Upper Room. We sat around the supper table in the Upper Room that was locked for fear of our being arrested by the authorities.

We recalled that Jesus said that He would rise on the third day. We discussed whether Jesus would really rise from the dead and what that could mean. Our minds told us that He was really dead. I was a witness to it. So how could He rise? But He said that He would and He had raised Lazarus from the dead, right before our very eyes. And Lazarus had been dead for four days!

Then we heard a loud knock at the door and we all trembled. I carefully and slowly opened it and Mary Magdalene stood there puffing, catching her breath and announced, “The Lord has been taken from the tomb! I don’t know where they’ve put Him!” She also said that the stone at the entrance to the tomb was rolled back and that the soldiers were gone.

We doubted her, but Peter and I decided to check it out anyway. So, we went back with Mary to the tomb. We both ran, but I outran Peter and reached the tomb first and as I stooped to look in, I saw the burial linen cloths lying there. Then Peter came up and I let him go into the tomb first. He also saw the linen cloths lying there with the napkin, which had been on the head of Jesus, rolled up in a place by itself.  They were neat and tidy. Then I went in.

As I looked at the cloths, I saw that they were lying there undisturbed, as if a body had passed through them like light. I believed that Jesus really rose from the dead but I didn’t say anything. Then we left Mary there and went back to the Upper Room.

Later, Mary came knocking again at the Upper Room. She gasped, “I have seen the Lord!” She proceeded to tell us that after we left her at the tomb, she stood there weeping, wondering where Jesus was. As she wept, she stooped to look into the tomb and saw what appeared to be two young men. She believed that they were angels. They sat where the body of Jesus had lain, one at the head and one at the feet.  They said to her, “Woman, why are you weeping?”

She said to them, “Because they have taken away my Lord, and I do not know where they have laid Him.” As she said this, she turned around and saw Jesus standing there but she didn’t recognize Him.

He said to her, “Woman, why are you weeping? Whom do you seek?”

She thought that He was the gardener and said,” Sir, if you have carried Him away, tell me where you have laid Him, and I will take Him away.” She didn’t understand that Jesus’ dead body was really alive again, right in front of her. She thought that someone must’ve taken it away.
He said to her, “Mary.”

She turned and said, “Teacher!” and rushed up to hug Him. 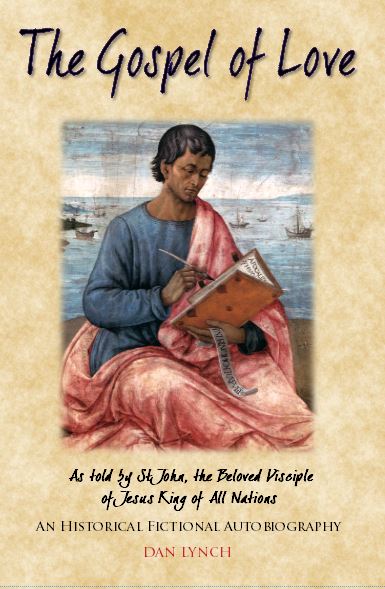 But Jesus said to her, “Don’t cling to me, for I have not yet ascended to the Father; rather go to my brothers and tell them, ‘I am ascending to my Father and your Father, to my God and your God.’ “

As she reported this message about “ascending” to us, we didn’t know what she was talking about and we didn’t believe any of this, since it all sounded like nonsense. We stayed on in the Upper Room and Mary went back to the tomb with Mary, the mother of James and Joseph, and Salome, my mother, to inspect the tomb.

Then, for a third time, Mary Magdalene returned from the tomb with the other women and said, “The Lord is risen! I saw an angel and later Jesus and they said to tell you that He has risen from the dead and that He goes ahead of you to Galilee where you will see Him.”

I believed but the others didn’t. Peter asked her to calm down and tell us what she was talking about. Then she began her story.

“We came to the tomb at daybreak and felt a great earthquake as an angel of the Lord descended from heaven, came and sat upon the stone. His appearance was like lightning, and his raiment white as snow. It was awesome! We were frightened and bowed our faces to the ground.”

“Then the angel said to us, ‘Do not be afraid. I know that you are looking for Jesus who was crucified. But He is not here. He has risen, just as He said that He would. Remember how He told you, while He was still in Galilee, that the Son of Man must be delivered into the hands of sinful men, and be crucified, and on the third day rise. Come and see the place where He was laid. Why do you seek the living among the dead? Now go quickly and tell His disciples that He has risen from the dead and that He goes ahead of you to Galilee where you will see Him. That is my message for you.’ ”

“So,” Mary continued, “We fled from the tomb with mixed emotions of fear, trembling and joy. On the way here, Jesus himself met us. We embraced His feet and did Him homage.”

“Then He said the same as the angel, ‘Do not be afraid. Go tell my brothers to go to Galilee, and there they will see me.’ So here we are to deliver their message – Jesus is risen from the dead! Go to Galilee where you will see Him.”

– From the Foreword by Erin von Uffel, DM (Dame in the Order of Malta) Vice Postulator of the cause for the canonization of Sister Marie de Mandat-Grancey