Home » Is the Covid-19 Pandemic a Chastisement Prelude to Medjugorje’s Ten Secrets?

Is the Covid-19 Pandemic a Chastisement Prelude to Medjugorje’s Ten Secrets?

On March 18, 2020, Jesus King of All Nations revealed his message that the COVID-19 pandemic was the beginning of his prophesied chastisements. His message was confirmed by a former Vatican theologian as reported in my article here.

On the very same day, Medjugorje visionary Mirjana Soldo announced that Our Lady told her that she will no longer appear to her on the 2nd day of every month.

Beginning on April 2, 2020, Mirjana’s so-called “extraordinary apparitions” on the second of each month ended. They had previously occurred in addition to Mirjana’s annual apparitions which occur every year on March 18th. (Mirjana’s birthday).

Although Mirjana will continue to have the annual apparitions on March 18 for the rest of her life, the end of the second of the month apparitions means that she will only see Our Lady once each year instead of 13 times as in previous years.

Our Lady’s stated intention for the second of the month apparitions was to pray for all those who do not yet know God’s love. The “extraordinary apparitions” ceased on March 18, Mirjana’s birthday, the last day of her monthly apparitions, the same day that Jesus King of All Nations said that the COVID-19 pandemic was a chastisement, and at virtually the same time that the public celebration of Masses were being canceled in many countries because of the pandemic. Is the time getting late to respond to Our Lady’s requests?

Mirjana said that on October 25, 1985, Our Lady showed her the First Secret in a vision that was played before her as though it were a film. She said Our Lady told her, “It is the upheaval of a region of the world.”

Mirjana said, “When she appeared, the Blessed Virgin greeted me, ‘Praised be Jesus.’ Then she spoke of unbelievers; ‘They are my children. I suffer because of them. They do not know what awaits them. You must pray more for them.’

“We prayed with her for the weak, the unfortunate, and the forsaken. After the prayer, she blessed us. Then she showed me, as in a film, the realization of the First Secret. The earth was desolate.

‘It is the upheaval of a region of the world’. She was precise. I cried.

‘In the world, there are so many sins. What can I do, if you do not help me. Remember, that I love you. … Here you have a time of grace and conversion. It is necessary to use it well.’’’

We are living in very perilous times. Most people can sense that there is something very wrong with our culture. There are millions of people who are in need of conversion.

Read my new book, Medjugorje’s Ten Secrets, based upon interviews by me and others with visionary Mirjana Soldo. Get ready for the secrets and learn about the urgency of the requests of Our Lady, Queen of Peace, and how to respond to them. Help her to bring the Triumph of Her Immaculate Heart and the New Era of Peace. 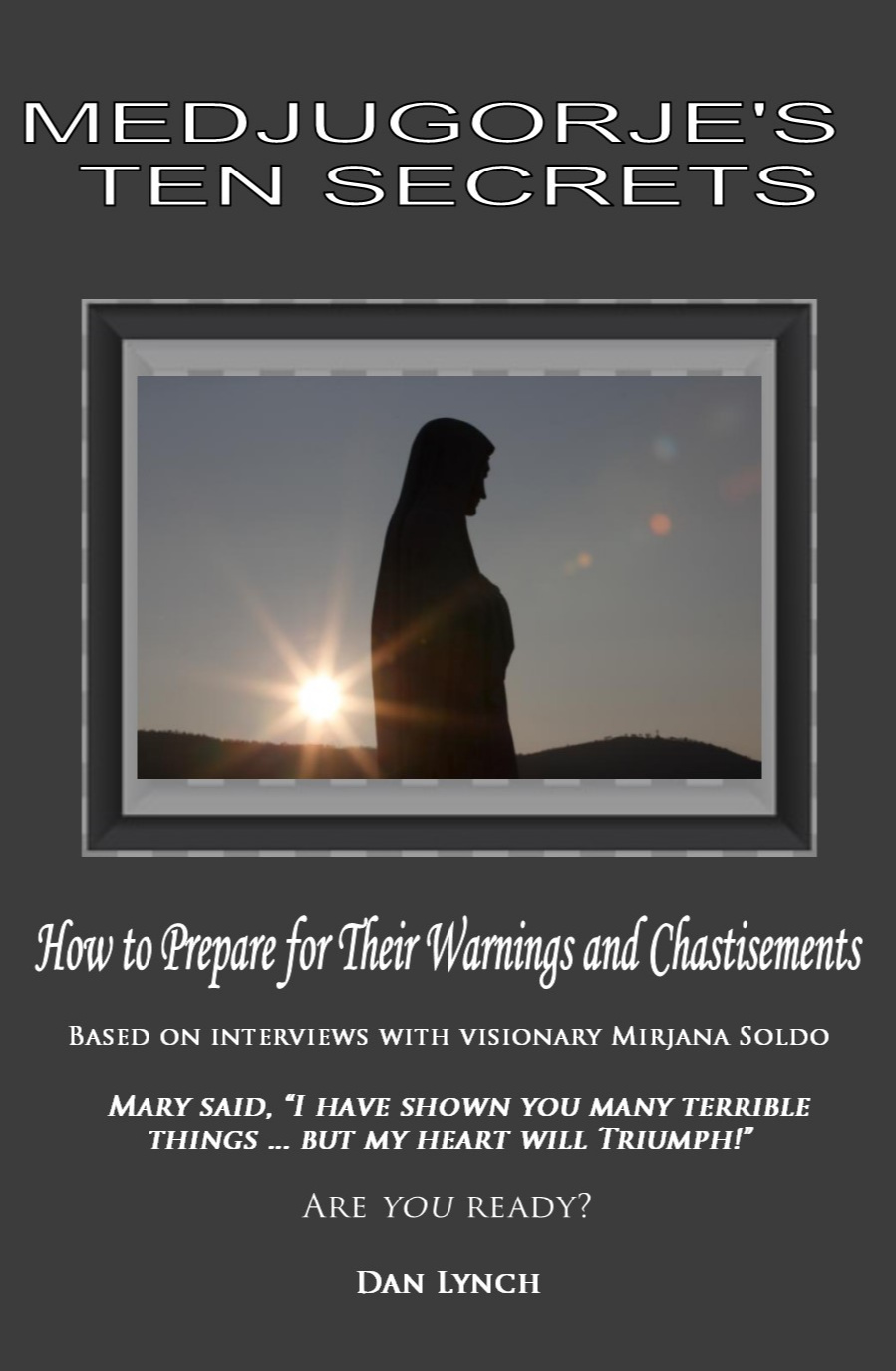 You should also read my book, Chastisements, Preparation and Protection against Them