Home » Honor Our Country, Honor Our President, Honor All Men

Honor Our Country, Honor Our President, Honor All Men


We are called to be model citizens of America in a duly elected Republic under the authority of our President, Donald Trump. Regardless of his apparent character defects, God calls us to honor him. St. Peter calls us to “be subject for the Lord’s sake to every human institution, whether it be to the Emperor as supreme or to governors sent by him.… Honor all men. Love the brotherhood. Fear God. Honor the Emperor.” (1 Peter 2:13, 17). St. Peter was referring to the evil Roman Emperor that should be honored.

Submission to civil authorities is part of one’s submission to God, by whose will earthly government is established. (See Wisdom 6:1-3). Justice demands that we give honor to these authorities in return for the benefits of a stable society that would not exist without them. (See Romans 13:1-7; Catechism of the Catholic Church 2238-42).

Jesus is the model of this submission. He submitted to the authority of Pontius Pilate, his judge, because he recognized that Pilate’s authority had been given to him by God. (See John 19:11).

Shame on those members of Congress who, in mute dishonor and disrespect, sat and did not clap for the office of the President of the United States of America at his State of the Union Address during his entrance to the House chamber, or for his pointing to and reading our national motto on the walls of the House chamber, “In God We Trust” (see our motto behind our President in the photo below) in the photo or for his special guests as non-partisan witnesses to goodness: 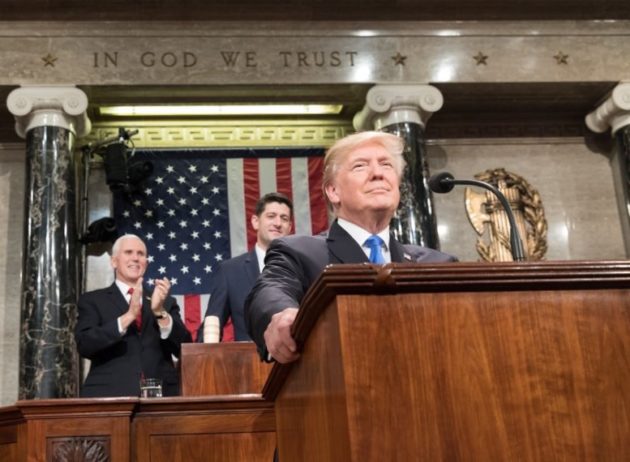 The heroic rescuers, a male soldier and a female helicopter pilot; 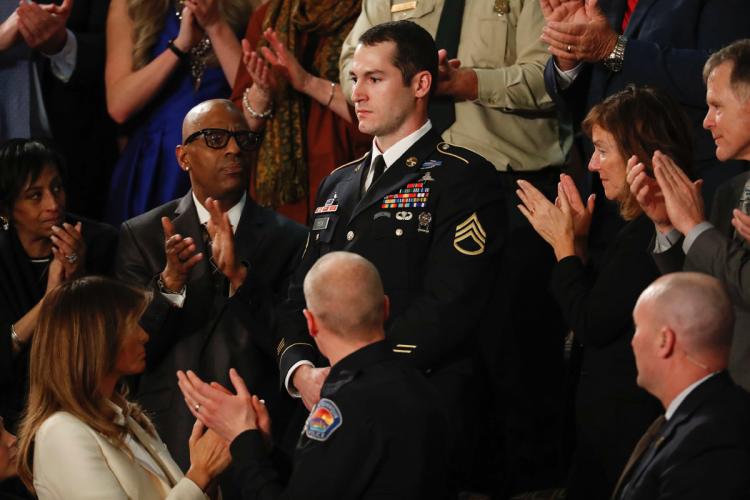 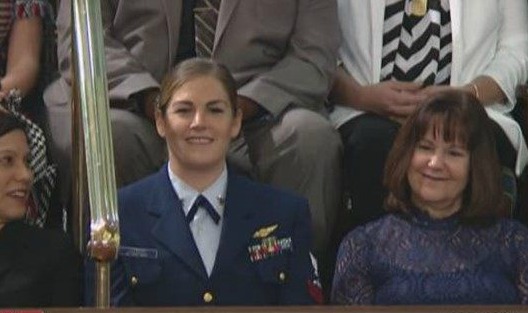 The young boy who was responsible for the placement of 40,000 American flags on the graves of our veterans; 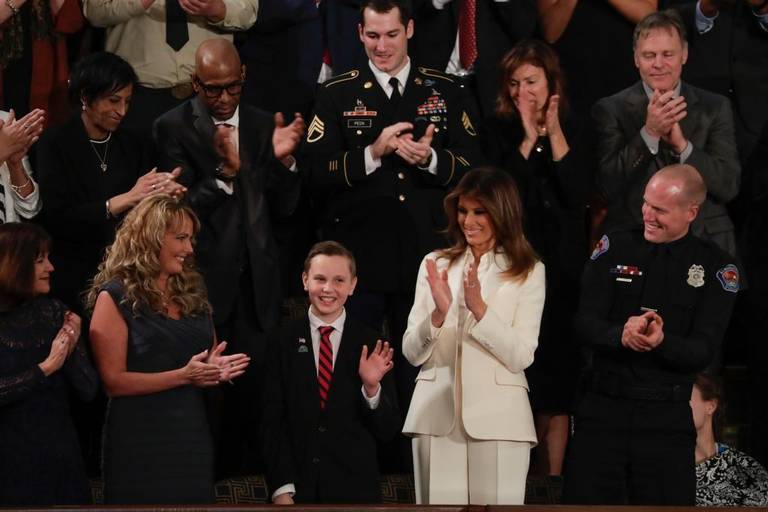 The police officer and his wife who rescued a drug-addicted pregnant mother and adopted her baby; 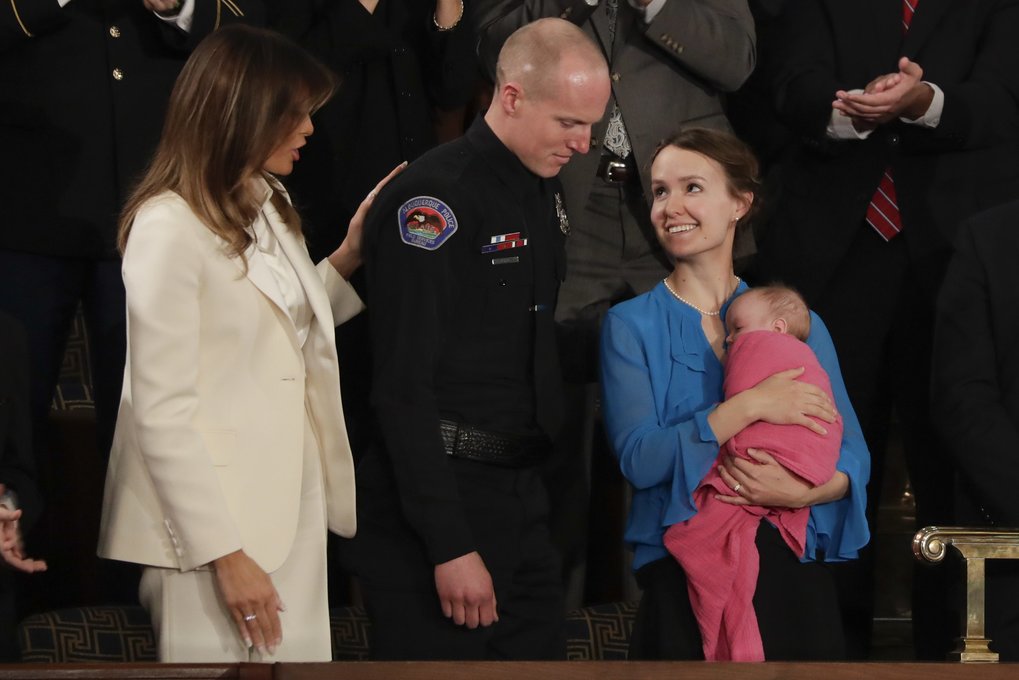 The parents of the two young girls who were assassinated by MS-13 gang members; 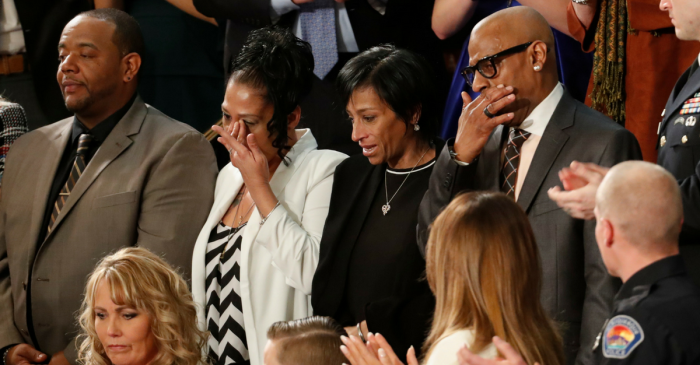 The parents of the young man who was tortured in North Korea and sent back to America to die; and 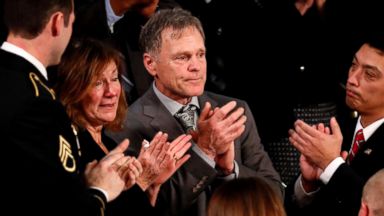 The crippled North Korean boy who walked on his crutches from North Korea through China and to freedom in South Korea and who is helping others to do so. 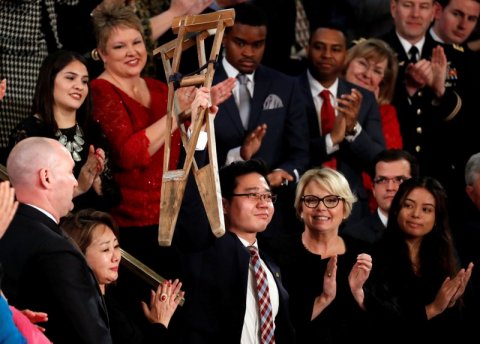 St. Paul said to pray “for all in authority, that we may lead a quiet and tranquil life in all devotion and dignity. This is good and pleasing to God our Savior, who wills everyone to be saved and to come to knowledge of the truth.” (1 Timothy 2:1-4).

The Blessed Virgin Mary appeared in Indiana to Sister Mildred in 1956. She identified herself as “Our Lady of America, the Immaculate Virgin.” Let us pray through her intercession that we may be granted morally good leaders who will act according to the revealed will of God and the foundational principles of the Declaration of Independence and the Constitution of the United States of America.

Let us pray the Novena to Our Lady of America for true change and hope for America.