Dear Friend of Jesus King of All Nations,

Last week, I sent an email letter to our supporters with the subject line “Mourn for Lost Police Officers”! You may read it here.

In response to my letter, I received a sarcastic email from Jimmy. This is what Jimmy wrote:

Thank you for your kind email regarding the “Mourn for Lost Police Officers”! Did I miss any other notification from you with regards to mourning for the two Black Men that were murdered in cold blood by police officers this week as well. I would certainly appreciate a response. Thank you.

As Jimmy requested, I sent him this response to his email:

No Jimmy, you didn’t miss any other notification from me with regards to mourning, as you wrote, “the two Black Men that were murdered in cold blood by police officers this week”, because we don’t know that your accusation is true.

We don’t know that those two black men who were killed were innocent and were really murdered, or whether the police officers used justifiable lethal force against them. We don’t know because those incidents are the subject of ongoing investigations and, under our law, those police officers are presumed to be innocent.

Perhaps that’s why black President Obama ordered flags flown at half-staff for the slain Dallas police officers, but did not do so for the other two black men. The President said, “I believe I speak for every single American when I say we are horrified over these events, and we stand united with the people and the police department in Dallas.”  That’s where I stand, Jimmy, where do you stand?

The murdered Dallas police officers were veterans, husbands and fathers who ironically died protecting the rights of people of all colors to peacefully protest police officers, including themselves! They knew that all lives matter, not just black lives!

Jimmy, this is not a white racist anti-black issue, as you seemingly make it. We are called to love one another as God loves us regardless of our color. As we used to sing, “Red, brown, yellow, black and white, they are precious in His sight.”

Each and every human being is endowed by God with human dignity which we must respect, and the death of every innocent person, regardless of color, including the innocent Dallas police officers, is an occasion for mourning!

It is not only an occasion for mourning the death of innocent police officers, but an occasion to pray for the healing of our land from all evil.

God told King Solomon, “If then my people, upon whom my name has been pronounced, humble themselves and pray, and seek my face and turn from their evil ways, I will hear them from heaven and pardon their sins and heal their land.” (2 Chronicles 7:14). 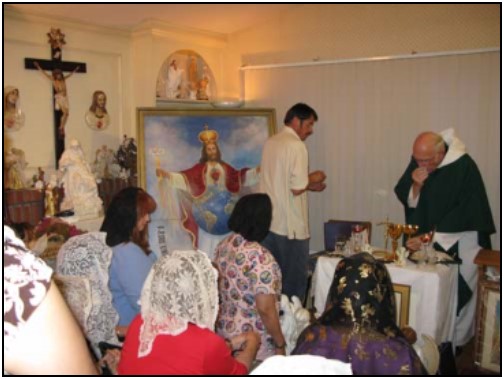 So let us humble ourselves, turn from our evil ways and pray to Jesus King of All Nations that he will hear us from heaven, pardon our sins and heal our land. Let us pray the following litany for the healing of our land.

Litany for the Healing of Our Land

O Jesus King of All Nations, we humble ourselves, turn from our evil ways and pray that you will hear us from heaven, pardon our sins and heal our land from the following evils:

The response is: O Jesus King of All Nations, heal our land.

From contraception,
From abortion,
From same-sex sexual acts,
From so-called “same-sex marriages”,
From so-called “transgenderism”,
From no-fault divorce and remarriage,
From premarital sexual acts and co-habitation,
From drug, alcohol, pornography, gambling, and all other addictions,
From abuse and neglect of children and the elderly,
From so-called “assisted suicide”,
From racism against all races,
From political corruption,
From materialism,
From scientism,
From violence, terrorism, and war,
From sacrilegious communions,

For the conversion of those who have not come to the know the love of the one, true God,
For a Culture of Life, a Civilization of Love and the New Era of Peace,

PS: Please click here to learn How to Practice the Devotion.