Most Reverend Raymond L. Burke, D.D., J.C.D., Prefect, Supreme Tribunal of the Apostolic Signatura, while Archbishop of the Archdiocese of St. Louis, stated that the devotion to Our Lady of America was canonically approved. In a letter dated May 31, 2007, he reviewed the prior history and the state of the devotion, as well as the earlier actions of Archbishop Leibold approving the devotion. Archbishop Burke wrote, “What can be concluded canonically is that the devotion was both approved by Archbishop Leibold and, what is more, was actively promoted by him. In addition, over the years, other Bishops have approved the devotion and have participated in public devotion to the Mother of God, under the title of Our Lady of America.” 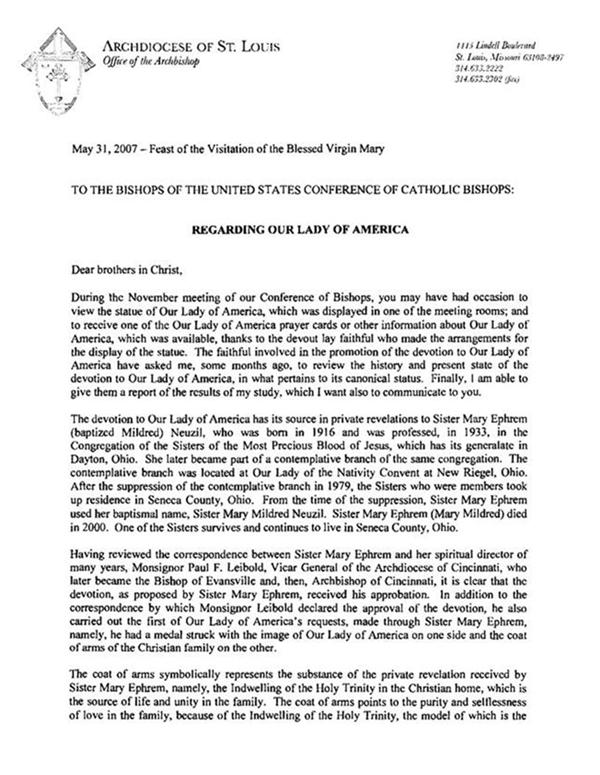 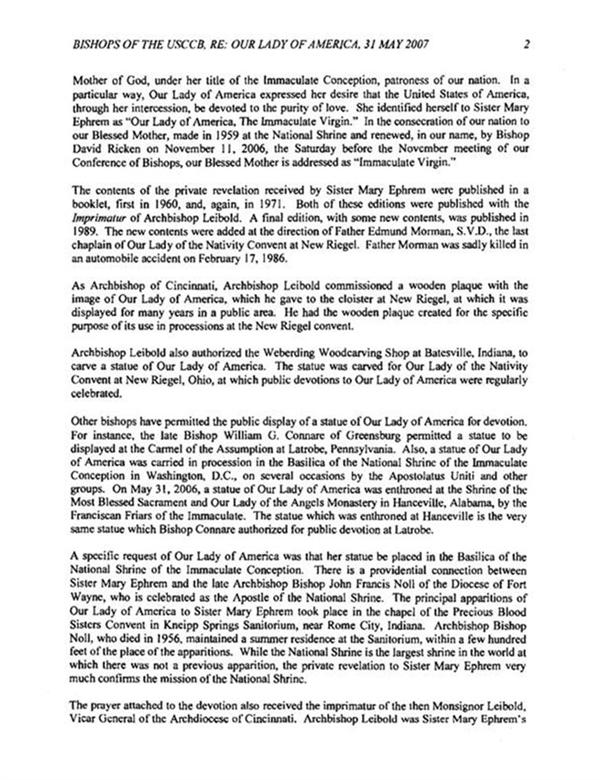 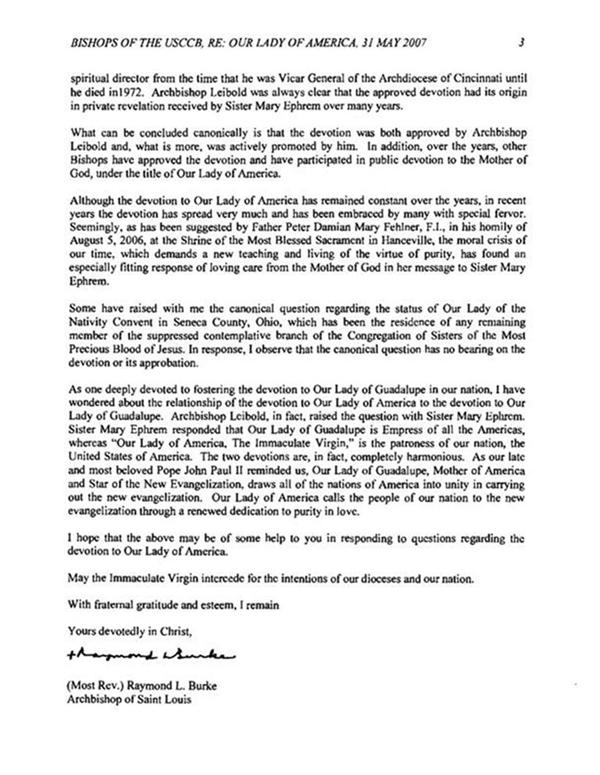