On August 27, 2022, Pope Francis will elevate to the College of Cardinals, Robert McElroy, Bishop of the Diocese of San Diego, California.

However, in 2014, Bishop McElroy reinstalled a priest in his diocese after the priest had admitted taking sexual advantage of 24-year-old Rachel Astroglioma during Mass.

In 2010, San Diego diocesan priest, Father Jacob Bertrand, following many months of his grooming and brainwashing Rachel, sexually penetrated her while he said a private Mass in the basement of her Minnesota home. This grave act of sacrilege was also a felony. Minnesota is one of several states where it is illegal for clergy to engage in sexual acts with adults in certain pastoral contexts.

Four years later, Rachel reported the assault to Catholic authorities. When confronted by officials at the Diocese of San Diego, Father Bertrand “substantially admitted misconduct,” according to diocesan spokesman Kevin Eckery. On Nov. 30, 2014, Father Bertrand wrote in his parish bulletin that he was taking a leave of absence because he “struggled with experiencing emotional connectivity” after an arson attack. However, he returned to active ministry under Bishop McElroy in 2015!

Finally, in 2018, Father Bertrand pled guilty to criminal sexual conduct and was later removed from ministry by the Diocese and laicized.

In the United States, with less than 200 dioceses, Bishop McElroy is one of more than 130 US Bishops who have been accused of “failing to adequately respond to sexual misconduct in their dioceses.”

Rachel, the innocent victim, is in some manner re-victimized by the promotion of Bishop McElroy to the College of Cardinals, because he failed to act when she reported Father Bertrand to the Diocese of San Diego. Bishop McElroy’s appointment as a Cardinal makes a mockery of the claims that the Church cares about victims of sexual abuse.

In this present darkness, Jesus King of All Nations is shining his light on the sins of some of his ministers: those cardinals, bishops and priests who are sexually active or enablers of sexual deviants or who fail to adequately respond to sexual misconduct complaints in their dioceses or to care about victims of sexual abuse.

German Cardinal Walter Brandmuller wrote an article published in the November 2018 edition of the German monthly Vatican Magazin. (Source).  He wrote, “The homosexual crisis among clergy is almost epidemic”, similar to the crisis in the Church in the 11th and 12th centuries. Almost simultaneously, a lay movement arose against the immorality of the clergy. He noted that then, as now, the ones expressing the protest and demanding a purification of the Church are above all segments of the Catholic laity, especially in North America.”

Now is our time to arise and begin a lay movement against the immorality of the clergy. Cardinal Brandmuller concluded, “It is in the collaboration of the bishops, priests, and faithful, in the power of the Holy Spirit, that the current crisis can and must become the point of departure for the spiritual renewal – and therefore also for the new evangelization – of a post-Christian society.”

The clergy should examine their consciences concerning their actions or failure to act in this current crisis. Those who are guilty should receive the sacrament of Reconciliation and in penance and reparation reach out to their victims, as they are able, and literally kneel before them in repentance, express their sorrow and beg their victim’s forgiveness and blessings. Apologies to the victims are not sufficient, there must be penance and reparation by the guilty.

The response of the bishops to this crisis should not be the preparation and implementation of more policies and procedures, as they have done since the crisis broke out in 2002, but rather their own personal repentance, conversion, personal holiness and their call to all of the clergy to do the same.

One way to bring the bishops to personal holiness would be for the laity to pray a Novena for them. Jesus King of All Nations revealed to us a Novena of Holy Communions as a part of the Devotion to him. Jesus requested the faithful to “offer nine consecutive Holy Communions in honor of me as ‘Jesus King of all Nations’.”

The powerful and unprecedented effects of this Novena were shown to Jesus’ “Secretary”, the mystic,  in a vision. She saw Jesus gazing up to heaven. Nine times He gave a command and an angel came to earth. Jesus explained, “My daughter, for those souls who will offer me [this] devotion I will bid an angel of each of the Nine Choirs, one with each Holy Communion, to guard this soul for the rest of its life on this earth.”

Jesus also wants us to pray the Novena for others, such as the bishops, and explains its necessity at this time, “This Novena may be prayed with its promises for another soul, and that soul will also receive additional angelic protection. I urge my faithful ones to offer me this Novena again and again so that I may continue to send down my holy angels for  the protection and assistance of other souls who cannot do this for themselves. In the end-times the power of the enemy has greatly increased. I see how greatly my children are in need of my protection.”

The Novena consists of receiving nine consecutive Holy Communions and going to Confession during the Novena, if possible, in recognition of Jesus as the King of All Nations. Jesus will release nine angels for the bishop for whom you received the nine Holy Communions. 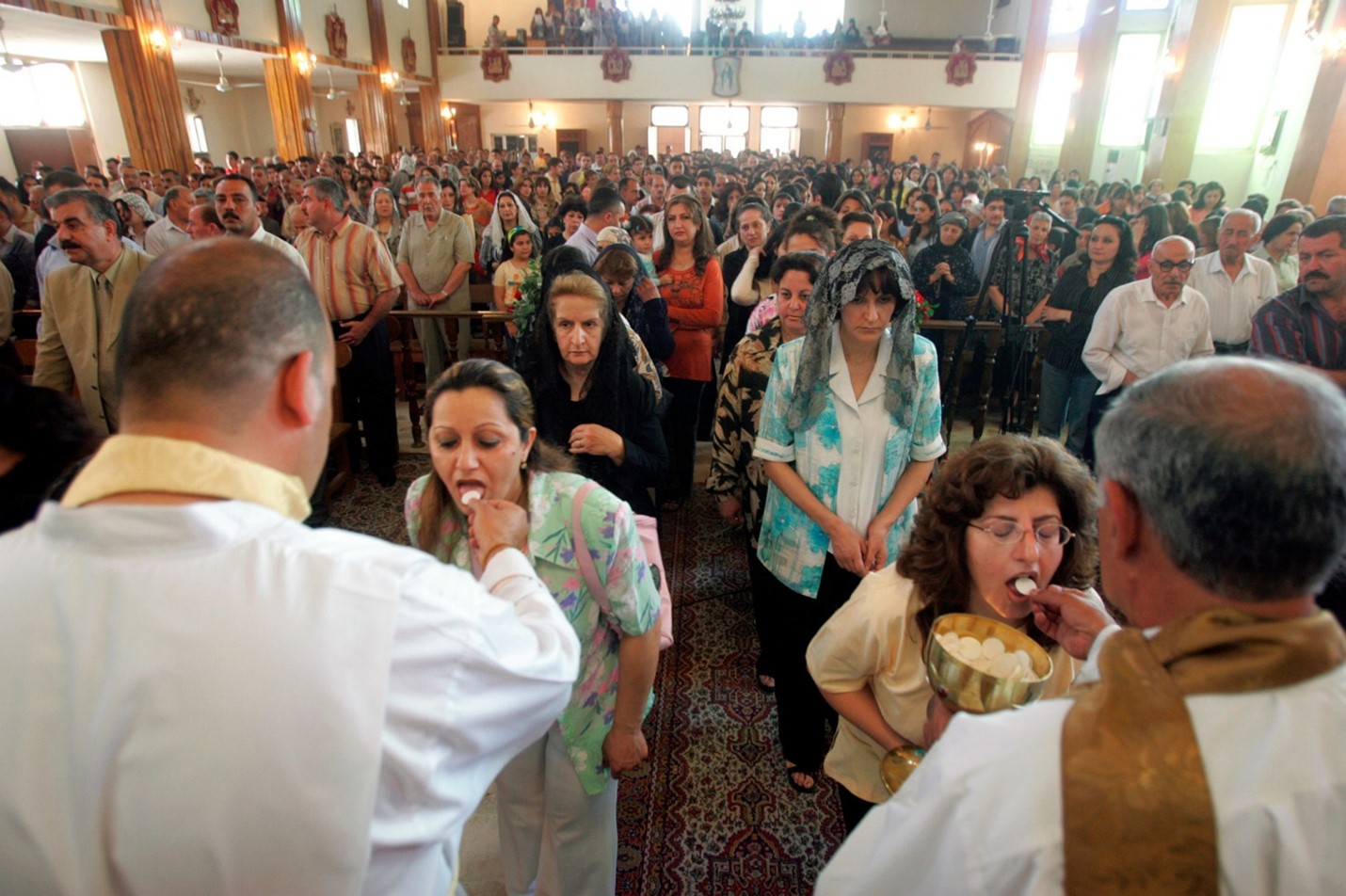 We say ENOUGH! What can you do to bring about the purification of the Church and to fortify the people of God in faith, hope and perseverance? Adopt a bishop!

I pledge to offer a Novena of Holy Communions for the personal holiness of my Bishop and the release of nine angels for him.

You don’t even need to know his name. God knows his name. When you receive holy Communion, simply say:

“Jesus, I receive this Holy Communion for the intentions of the personal holiness of my Bishop and your release of an angel for him.”

To make your pledge, simply Reply to this email and insert in the subject line, “I Pledge.”

May that grace bring about the purification of the Church from the corrupt clergymen whose sins cry out to heaven for vengeance.

May the victims of their abuse be healed and the holy, pure and faithful priests, religious and laity be fortified in faith, hope and perseverance.

Please forward this email to your friends and email groups to encourage the greatest numbers to make this Pledge.

You may also obtain The Devotional Package that contains The Story of the Devotion booklet, the Leaflet of Prayers and a Medal of Jesus King of All Nations here.