Home » A Tale of Two Mothers and Immoral Vaccines

A Tale of Two Mothers and Immoral Vaccines

A Tale of Two Mothers and Immoral Vaccines 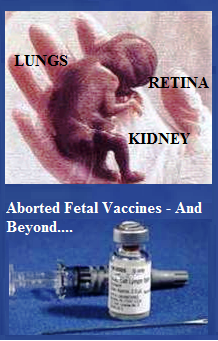 The
recent measles outbreak has sparked concerns about the morals of the
measles vaccine. It is derived from cell lines from aborted fetuses.
With all the current arguments about the dangers of vaccinations and the
choice of whether to vaccinate or not, I would like to tell you a tale
of two mothers and immoral vaccines.

One mother was very
concerned. She wrote to the Vatican and informed them that some of our
vaccines were immorally prepared because they were derived from aborted
fetal remains. The Vatican had no knowledge of this. They investigated
and she received the first ruling in the world containing moral
guidelines for parental choice for vaccines. Her name is Debi Vinnedge
and she formed the apostolate Children of God for Life. A recent article
on her website said:

The Pontifical Academy for Life, in a
statement released in 2005, said that parents could be justified in
choosing vaccination. The statement did not say that this choice was
preferable, let alone mandatory.

What the Vatican did say, with
undeniable clarity, was that parents have a moral obligation to insist
on vaccines that are not prepared by immoral means: vaccines not derived
from fetal remains. The Pontifical Academy for Life wrote that ‘there
remains a moral duty to continue to fight and to employ every lawful
means in order to make life difficult for the pharmaceutical industries
which act unscrupulously and unethically.’

That was in 2005. It
was in 2009 – four years later – that Merck decided to stop making
available the morally untainted vaccines for measles and mumps. The
Vatican had called upon American Catholics to fight for the development
of morally acceptable vaccines. Sad to say – with the honorable
exception of parents who resisted the immoral vaccines, and groups such
as Children of God for Life that supported them – we did not fight hard
enough to dissuade Merck from taking a giant step in the opposite
direction. Read the full article here.

Another
mother spent over 20 years in commercial biotechnology. She is an
inventor on 23 issued United States patents. She left the commercial
industry and founded a pro-life biotech company whose mission is to end
human trafficking in biomedical research. Her name is Dr. Theresa
Deisher and she founded AVM Biotechnology.

Read here for the story of where we are today.

Read here for the campaign for ethical vaccines.

Please
respond to the Vatican’s call to the “moral duty to continue to fight
and to employ every lawful means in order to make life difficult for the
pharmaceutical industries which act unscrupulously and unethically.”