Jesus King of All Nation’s Protection from Three Hurricanes

On the day before Hurricane Ian landed near our manufactured home in Venice, Florida, and on the next day of the landing, I prayed the prayers of the Jesus King All Nations Devotion, attended Mass, and prayed holy hours for protection for the home. The forecast was for winds of up to 150 miles per hour and a life-threatening storm surge flood of twelve feet which would have flooded our home. There is a saying in Florida that you can run from the wind but not from the rain. However, my prayers were more than answered!

Our Park lost electricity and was evacuated. Many homes had partial destruction to the carports, roofs, and main buildings. However, our home was totally protected and only had 2 small palm branches blown onto our driveway. Within miles there was utter devastation. 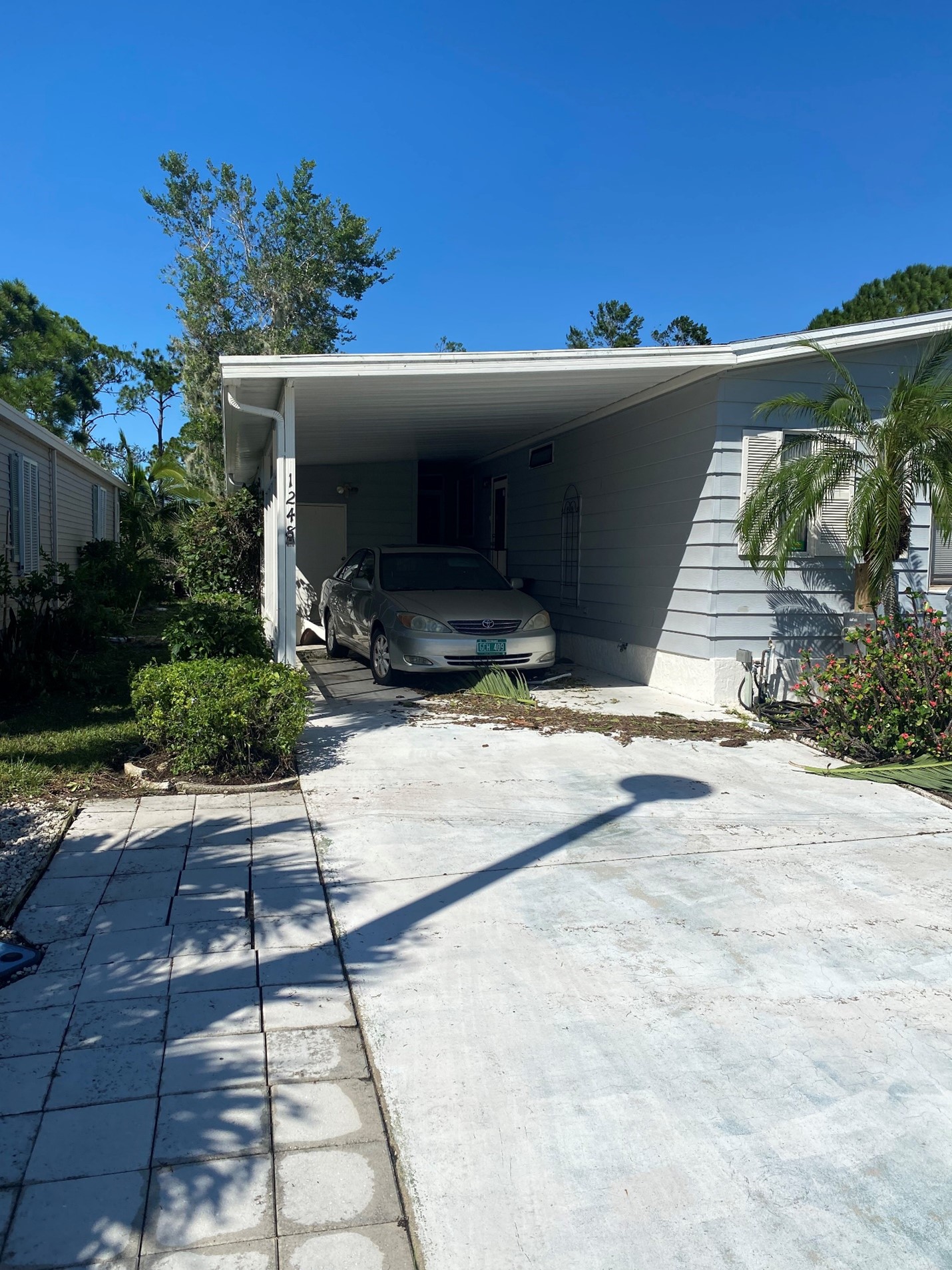 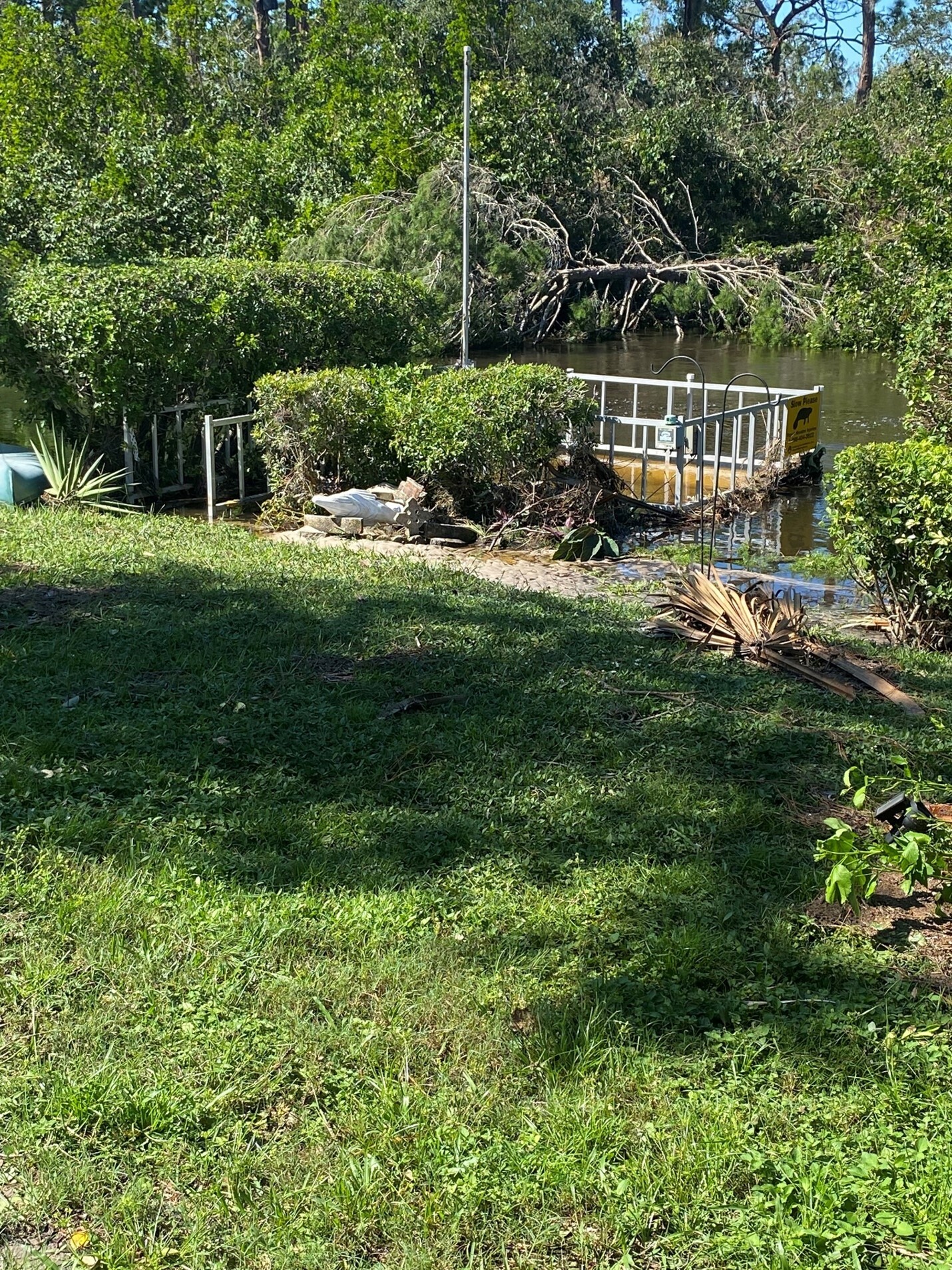 Some of my family attributed this to “luck.” I attribute it to a God of love who cares about His children and does not want them to suffer from destruction of property, body or soul.

I simply prayed and God did everything, as He does for anyone who prays to Him in faith. Each of our prayers are answered in a mysterious way, according to His Divine Providence.

That is why some who prayed for protection from Hurricane Ian received it and others who prayed for protection did not, because God in his infinite love and wisdom does what is best for each of us, according to our unique circumstances in order to save us and to bring us to eternal life. And we should not judge God because He did not protect innocent people, poor people or any other kind of people. He is a Just Judge!

He wants us to pray for His protection, which He may or may not give in the mystery of His Divine Providence. In any event, “We know that God causes all things to work together for good to those who love God, to those who are called according to His purpose.” (Romans 8:28).

I have no doubt that Jesus King of All Nations protected our property in response to my prayers because He has promised protection against natural disasters, and He provided the same protection for our Florida home from Hurricanes Charley and Irma! Each of these hurricanes were heading directly for our Florida home and were diverted at approximately the very same time that I prayed for protection. These diversions and times were confirmed by meteorologists.

Jesus King of All Nations promises us His protection and His mitigation of the severity of the chastisements upon our country. He said, “Each time you say these prayers, I will mitigate the severity of the chastisements upon your country. Whenever there is the threat of severe weather, recite these prayers, and no harm will come to you or to those you pray for.” (Journal 41-42). He also promises “mercy, pardon, and protection in times of severe weather and plagues.” (Journal 54).

Jesus promises us His protection, but He pleads with each one of us to change our hearts and to embrace His gift of His Devotion. However, while Jesus gives us the grace to change our hearts, He respects our free will and leaves the choice to us to accept or reject both His admonition and the gift of His Devotion. We should all accept this gift from Jesus and embrace His Devotion to prevent His prophesied chastisements from nature, from man, and from heaven itself.

On the vigil of September 11, 2017, I was visiting my daughter in Kalispell, Montana, 50 miles from the raging, destructive, wildfires that darkened the setting sun with a haze of smoke. I was also concerned for our home in Venice, Florida, because Hurricane Irma endangered it. The forecast was for the eye of the hurricane to proceed north and pass over Venice at 2 AM the next day with a wind speed of 115 miles per hour and a projected storm water surge of 10 to 20 feet. If it did, it would have flooded and destroyed our home. During the previous year, I had consecrated the home to Jesus King of All Nations and enthroned His Image there, as He requested of everyone.

At 9 PM, I finished my daily prayers to Jesus King of All Nations for protection against Irma and I was wearing His Medal for which He also has promised protection. Just before I went to bed, I imaginatively stood on our property in Florida, lifted my right hand as a stop sign against Irma and prayed, “In the name of Jesus King of All Nations, I command you winds to calm and you rain and storm surge to abate.” Then I prayed the Novena Prayer in Honor of Jesus as True King.

The New York Times reported that as Irma approached Venice, its eye began to disintegrate. People told me that they saw the yellow breakups of the eye on their TV screens. The Los Angeles Times reported that at 9:23 PM, Irma’s path unexpectedly changed in direction from due north to north-northeast. It eventually went around Venice and proceeded diagonally across the state to Jacksonville on the East coast.

Irma only grazed Venice with a wind speed of 70 miles per hour and a storm surge of only 1 foot, contrary to the predicted monster storm. Our home did not suffer from a drop of water or even from any blown down branches, twigs or leaves and no loss of electricity. It was totally unscathed by Irma. I attribute this to the promised protection of Jesus King of All Nations who is faithful and true.

The Psalm for the Mass of the next day was Psalm 145, “I will extol you, 0 my God and King, and I will bless your name forever and ever. Let all your works give you thanks, O Lord, and let your faithful ones bless you. Let them discourse of the glory of your kingdom and speak of your might.”

So, I followed the instructions of Psalm 145, and I wrote an article and extolled Jesus King of All Nations. I attributed His protection from Irma to His Medal, His prayers, His promises and to the enthronement of His Image. In my article, I blessed His Name forever and discoursed of the glory of His Kingdom and His might.

Some might say that this was arrogant of me, because many other people were also praying. I’m sure that they were and they might have their own protection stories to tell. However, this is my particular story of praying particular prayers for which Jesus gave particular promises for protection from natural disasters. Some prayers are definitely more efficacious than others, particularly when they are requested or revealed by Jesus and Mary, such as the Rosary, the Divine Mercy prayers and the Protection Prayers of Jesus King of All Nations. I give all the glory for this protection to Him and take none of it for myself and I encourage others to pray His prayers and ask for His promised protection.

Two days later, I received an email that confirmed my article. Susan Kruger wrote to me,

Now that you’ve explained what was happening, I’m delighted to say that I witnessed the miracle that our precious Jesus King of All Nations performed for you!

On August 13, 2004, Hurricane Charley headed for our Florida home while my staff and myself were at our center in St. Albans, Vermont. It was 3 PM, the Hour of Mercy, and my staff and I adjourned to our chapel and got on our knees begging Jesus King of All Nations for His protection and to spare our Florida home.

As we prayed for His mercy during the 3 o’clock hour, Hurricane Charley suddenly and unexpectedly took a sharp turn to the right away from our home and headed directly for its landfall in Punta Gorda. This sharp turn, in response to our prayers, occurred at 3:48 PM, spared our home and baffled scientists.

Charley was traveling towards our home at just over 160 miles per hour, but suddenly changed direction within minutes of landfall near it. Mark Saunders, a tropical storm expert said, “There was a sudden intensification and a veering to the right of track, and we’re all trying to work out why.” I believe that Jesus King of All Nations fulfilled His promised protection in answer to our prayers.

This Devotion is the remedy! Jesus King of All Nations said, 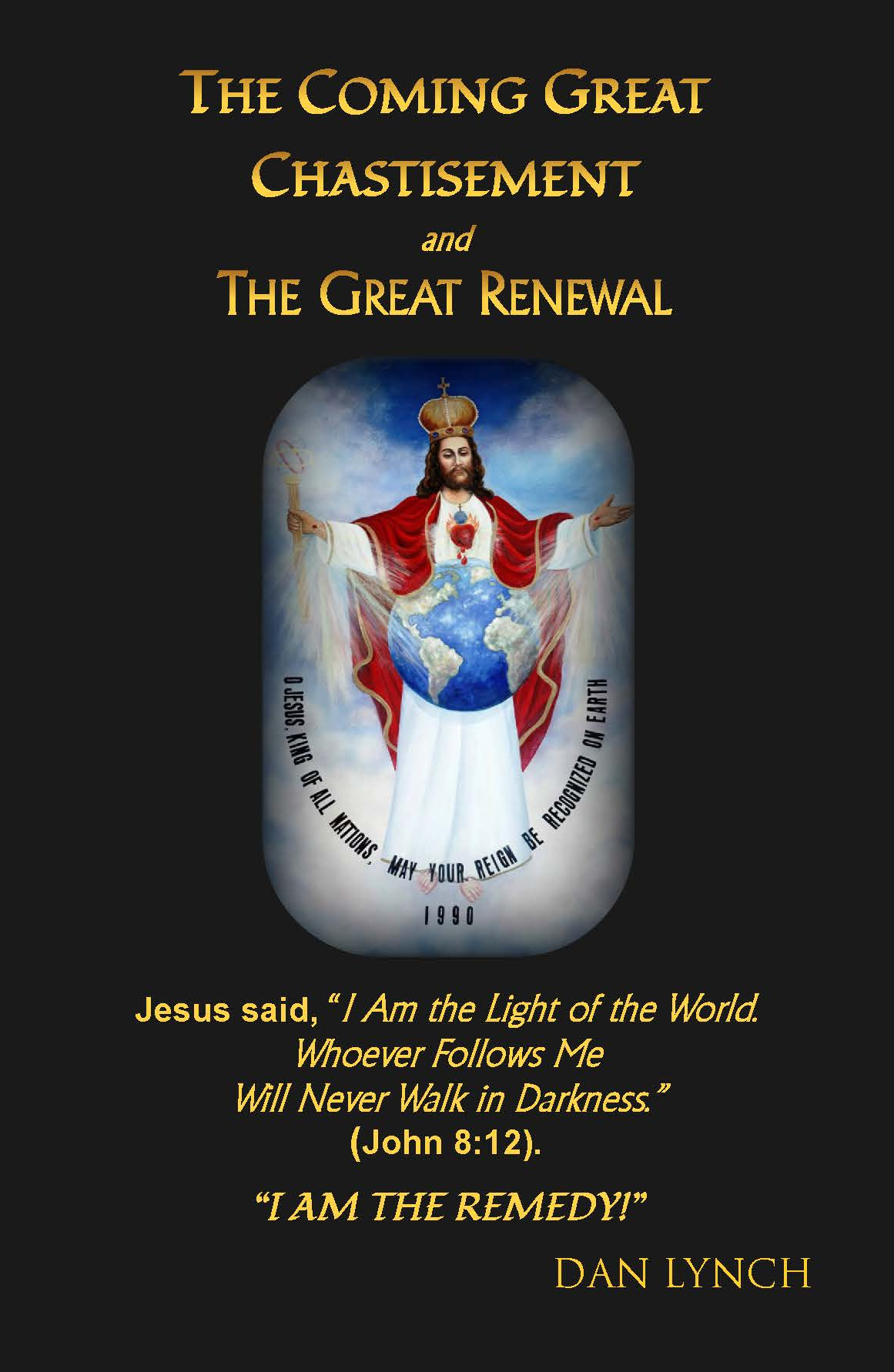 Jesus King of All Nations has now prophesied a GREAT CHASTISEMENT because of unrepentant sinful humanity. He said, “Let it be known and made clear, that soon, very soon, there shall come upon mankind the Great Chastisement which has been prophesied for many years yet held back by the most powerful intercession of my Immaculate Mother and the prayers and sacrifices of my faithful ones.” (Journal 420).